Have you ever been frustrated by an illogical decision a client, co-worker, or friend has made?

You just look at it and ask, “What are they thinking?”

Why do people who, for all intents and purposes we know are sane …make completely illogical decisions?

Here’s just a few examples of things I’ve heard people, who I know are sane, say “no” to:

Why can’t people just make logical decisions like we do?

I think we deserve an answer. Don’t you?

A while ago, I sent someone a copywriting sample I knew they’d hate.

It’s a brilliant, and relatively famous piece of copywriting. But if you don’t understand copywriting, the idea of using copy like this will rub you the wrong way.

You can read it here. But let me explain what it is.

It’s a sales letter. The core message is this:

“Spend 45-90 minutes on the phone with me and I’ll develop a plan that will double or quadruple your business in the next 12 months. I won’t charge you anything. The plan is yours for free. And if you don’t find the call incredibly valuable, I’ll pay $1,500 to compensate you for the time (no questions asked).”

Now let’s think about that pitch for a second. That pitch alone is extremely compelling. Think about the confidence you’d need to make someone that offer.

But then he spends six or seven pages explaining that he’s dead serious. He details his reasoning, the people he’s helped, and even who he won’t accept a meeting with. It’s a very sophisticated piece of copywriting.

The elephant in the room

As a business owner that meets his criteria, you can’t give a logical “no” to this sales letter. Your brain won’t be able to reason its way to a no.

Only your “gut” will be able to deny this offer. Only a psychological or emotional response will offer you a way out.

You’ll say, “It just doesn’t feel right.” But you might not be able to put your finger on just why.

It might be the fear of doubling your business (yes, that’s a real thing). Or the fear of failing. It could be the sneaking suspicion that your time will be wasted and this person won’t give you the money. These are all very real reactions you might have.

What it won’t be is a logical argument. There is no logical decision but “yes.”

If the elephant sees a peanut and starts running towards it, there is nothing the rider can do. The elephant is in control.

We are not these mechanical beings that make decisions based on logic. We just like to think we are. The reality is, we have many cognitive biases that shape our decision making. These are fixed action patterns, preprogrammed responses our brains use to help us make decisions. And these biases, these patterns, do not care about logic.

Not only that…we can’t turn them off.

More than 90 per cent of the time, our psychological and emotional responses take over. The elephant takes over. All our logical rider can do is try to justify why he moved to that location.

He’ll say, “That’s where I wanted to go anyway.” That’s known as the interpreter mechanism.

You see, it’s very hard for our logical rider to admit he has no say in where the elephant goes. Therefore, we subconsciously come up with some BS rationalization for our behaviour.

In our heads, this rationalization is truth. It came from our mind so it must be true, right? As a result, an illusion that we just made a logical decision is created.

Let’s get back to the illogical decisions of others. The problem isn’t that their decisions are illogical.

No, the problem lies within us. We have a false expectation that people use logic to make their decisions. That’s very rarely true.

If we continue to believe this fallacy, and base our perceptions on it, we’ll continue to be let down by the decisions of others.

On the other hand, once we are aware of the elephant. Once we stop expecting logic from others, we can understand illogical decisions and guide the elephant towards the destinations and decisions we want.

How to move people to action

The fact is, you can use this concept to change so many things about your marketing and life. I want to take it down to the ground level. Let me give you a few small examples of how you can apply the elephant and rider concept to your life.

Sometimes the smallest barrier prevents our elephant from deciding to move forward. For example, he might see a mouse in front of the path (which scares him from moving forward).

You might think that’s silly. How can something so small, so insignificant, prevent this huge elephant from moving forward?

But you are falling back into the trap of “decisions are based on logic.” You’ll have to catch yourself each time you fall into this thinking. If you don’t, your behaviour and the behaviour of others will continue not to make sense to you.

Not only that, you’ll also remain virtually powerless to influence that behaviour.

Let’s get back to the mouse. Sometimes ridiculously small barriers stop us from doing the things that, logically, we should be doing.

One good example is following up with people after you meet them. Why do people come back from a networking event and throw a pile of business cards in their drawer? They know they should follow up, but they don’t.

Let’s think about the barriers that could hold people back from sending that follow up email:

There is a lot going on here. But it’s why I personally use and advocate the use of email scripts.

Email scripts remove those barriers. Removing the mouse helps my elephant move in the direction I want.

Think about the barriers that prevent you or the people around you from doing what they should be doing. How can you remove those barriers?

Show me the yacht clubs

One of my friends asked me to talk to his mom.

She helped this yacht club transform their floundering gift shop into a successful profit center. And she was looking to turn that into a consulting business. Her initial thought was to put together a PowerPoint and pitch yacht clubs around the country.

Even though she had done this for many different types of retail businesses…my advice to her was to ease back and concentrate on getting just one more yacht club (ones that were already calling her) to hire her as a consultant.

Here’s how I explained it to her. My firm analyzes delays on construction projects. The approach we would take to analyze delays on a railroad line is the same we’d use for a shopping mall.

But if I went to AMTRAK and said, “Look how we analyzed delays on this shopping mall. We could do the same for your rail line….” they would laugh me out of their office. Even if I explain the process is the same, they wouldn’t care.

They want to see “social proof.” They want to hear that we’ve analyzed delays for other rail agencies before. That’s because, when undecided, we look to the decisions of others.

It’s completely logical to believe my friend’s mom could improve the results of any retail business. But business owners don’t decide to take a chance based on logic.

My advice was having two yacht clubs under her belt would give her enough social proof to “take the show on the road.”

You have to learn what moves the elephant and apply those things to everything you do. If you hope to win through logic, you’ll be far less successful.

The actionable advice here is if you want to help people decide, show them social proof. Show them others, just like them, are making the decisions you want to see.

Now let’s get personal. Be honest with me. Do you floss your teeth every day?

Let me go all TMI here. I had horrible teeth. I never took care of my teeth. I’m not sure I flossed one single time in the first 30 years of my life.

There was no global conspiracy to keep me from flossing. There was even dental floss in my house. It was easily accessible.

As a result of my illogical decision, I’ve had so much dental work that we joke my dentist’s boat is named after me.

But when I went there a few months ago, the dentist was like, “Wow, your teeth look great. They are so white.”

I started flossing. First, I had some success by dedicating myself to flossing one tooth a day (another example of removing barriers).

But the real success was building it into an existing routine. Each night, I make my son brush his teeth. Now we floss together every night.

As a side benefit, my son’s toothbrush flashes for two minutes (it’s a little lightsaber).

As a result, I floss every night and I brush for much longer than I have in the past (who knew two minutes seemed so long). Now my teeth are doing great. They are better than they’ve ever been.

This is an important example because it’s easy for us to blame ourselves for making illogical decisions. It’s easy to get down on yourself (or someone else) for not behaving like a “normal person should behave.”

You can educate these people on the benefits of changing their behaviour. You can tell them every day the dangers of what they are doing. But you’ll just end up wondering why this “crazy person” is making illogical choices and your efforts have not changed them one bit.

You think the rider is in control. No, the elephant is.

You can’t help these people, or yourself, unless you learn to accept this reality.

I could not simply will myself to floss every night. It is very difficult to create new habits out of thin air. And it’s near impossible to stop existing habits (even if they are bad). It’s much easier, and often more effective, to build on a pre-existing habit.

What do you want to change? What existing habits can you build on to help create that change?

As you can see there is so much to take away from the elephant and rider concept. Learning about psychology will not just help your marketing…it will help your life.

Claim your spot for Matt Handal’s  free “Proposal Blunders You Don’t Think You’re Making (But You Are)” webinar at http://http://www.helpeverybodyeveryday.com/free-webinar. 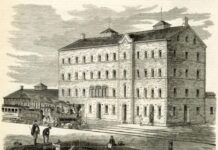