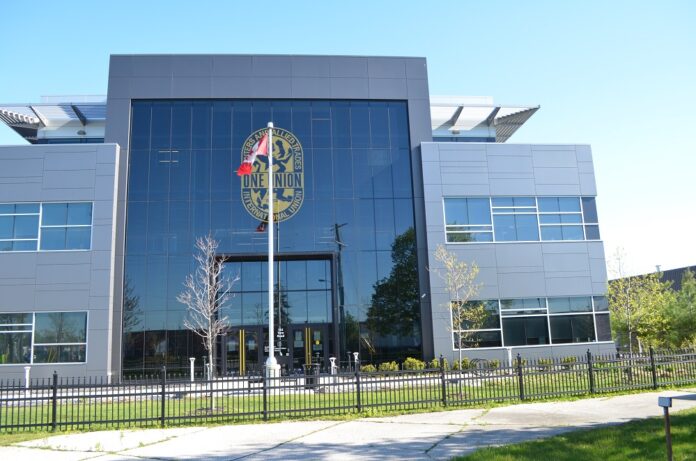 Glaziers working under the provincial ICI collective agreement went on strike Monday after negotiations broke off May 31.

No formal talks have been scheduled between the Employer Bargaining Agency and the International Union of Painters and Allied Trades (IUPAT), which represents the tradespeople, said Noel Marsella, executive director of the Architectural Glass and Metal Contractors Association and lead negotiator for the contractors.

The most recent three year contract for the roughly 500 striking glaziers who cut, install and remove glass on industrial, commercial and institutional sites expired on April 30.

“Although our phones are on and we still wish to have a negotiated settlement, it does not look like this will happen in the near future,” the IUPAT said on its website.

Ontario collective agreements covering 25 ICI trades expired on April 30 according to terms of provincial legislation, with 15 agreements renewed so far including contracts with carpenters, electricians, plumbers and operating engineers.

Ratification voting on proposed agreements affecting a handful of trades including cement masons are underway with results expected soon from votes by ICI roofers and sheet metal workers.

The Ontario construction industry negotiations have taken place against a backdrop of labour shortages in the sector and historic cost of living increases, with workers demanding hourly wage hikes that address what trades unions call a crisis in affordability.