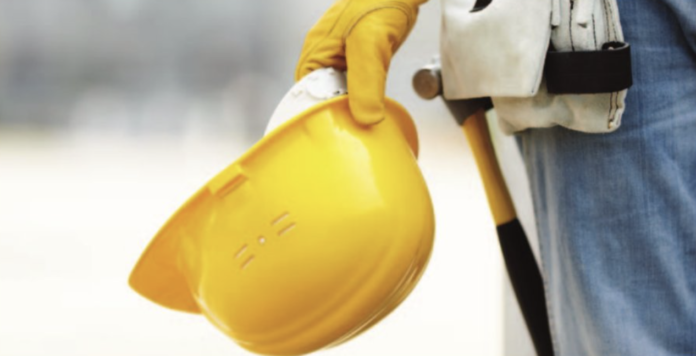 Infrastructure Ontario (IO) is on the precipice of another evolution, and this may be the most fundamental in the organization’s development thus far. The OGCA had the opportunity to meet and chat with the new CEO Michael Lindsay about the relationship between IO and the OGCA and on working together more succinctly moving forward.

The OGCA has had a long, and for the most part productive, relationship with IO. Dating back to the inception of the organization, at the time, IO was new, and the ideas and delivery model it proposed, Public Private Partnership (P3), was foreign to all.

Luckily, the construction sector is always up for a challenge, so OGCA members jumped into the pool with both feet. Some 15 years later, IO has undergone a number of transformations, and Michael is confident that he can move IO into yet another sphere of business development.

In the beginning, IO needed to be “nimble” and adaptive to the way the industry worked, since the concept in their delivery model was new and not fully understood. The organization would collaborate and listen to the contractor’s opinion, since they were both the experts on the subject of constructability, as well as vested into the project, since they had “skin in the game.” At that time, directions on matters were not set in stone and adaptation was the key to succeeding and delivering all the proposed projects on time and on budget. And for the most part, these were successful.

The issue with success is that it breeds complacency, and couple that with changes in management style at IO and over the years, the organization started to become more bureaucratic and entrenched in “red tape” processes that attempted to transfer all of the risk onto the contractors.      Additionally, IO saw their role as “bigger is better” and moved the upper limit of their project threshold to a point that collaborations and joint ventures were the only means of adequate project delivery. This subtle yet poignant move began to dissuade contractors from bidding since the very nature of the reasoning for entering into this type of delivery style was then lost and the risk transference was disproportional.

So why write about the past? Because if you don’t know where you came from, then you cannot accurately chart a path forward.

In comes Michael Lindsay, the new IO CEO. Michael is an internal promotion at IO, and therefore comes with the specific knowledge of the structure as well as the encumbrances at the organization. Couple that with his drive to make a difference and I believe you will witness positive change.

You see, in our initial discussions with Michael, he too recognized the direction that IO had been moving, especially regarding the disproportional nature of the risk transference onto the contractor. His reasoning is that the risk should be allocated to the party best suited to carry said risk.

Additionally, Michael is working with new delivery models to bring down the risk exposure. One such delivery method is the Integrated Project Delivery (IPD) model. IPD is a delivery model for delivering construction projects using a single contract for design and construction with a shared risk/reward model, guaranteed costs, waivers of liability between team members, an operating system based on lean principles, and a collaborative culture. This system is new to IO and has been incorporated in the Union Station project and definitely has the industry’s attention.

Furthermore, Michael’s origins come from the consulting side of the equation, and he has worked at Hatch Engineering prior to his initial role at IO and to his now CEO role at the organization. He is a strong proponent of the technical quality of bids, and I believe that he will focus on the nature of the entire design and tendering process.

To that end, the OGCA was quite open and blunt about the fact that the stipend paid out for pursuit costs in relation to bidding a project were grossly subpar and nonreflective of the actual costs incurred by contractors to simply bid a project. This is something that the OGCA was quite vocal about adjusting. You want to incentivize contractors to bid; then make sure that they are not out of pocket to do so.

This was also highlighted and communicated about the design phase of the equation, and we noted that the OGCA, through the Construction and Design Alliance of Ontario (CDAO), was positioned to demonstrate this quantifiably, and that the resultant study was going to assist in demonstrating to IO the need for proper investment at the onset of the project. Michael was very interested in this study, and the CDAO believes that this type of study will be invaluable towards getting governments, at all levels, to put in the initial investment of both time and money at the design stage to ensure that when contractors are bidding, they are provided all applicable information with which to accurately price a project.

Lastly, Michael and I spoke of the proposed dispute resolution system currently being touted by IO. This subject requires a more fulsome discussion with IO, and the OGCA has all the proper proponents at the ready to provide input into this towards a mutually agreeable system creation. These meetings will be initiated within weeks instead of months in the pursuit of a positive outcome. The OGCA will keep our members informed as things unfold.

In closing, the OGCA would like to congratulate Michael Lindsay on his appointment as the new CEO at Infrastructure Ontario. The OGCA communicated to Michael succinctly that the OGCA is here as an asset and a positive force in the discussion. We may not always agree on issues at hand, but the OGCA will always be forthcoming with the contractor’s position and table solutions instead of just raising obstacles.

The OGCA, and I personally, are excited about his appointment and look forward to engaging with Michael and “his IO” toward adapting and evolving our mutually beneficial interests into this particular aspect of our work. The future with IO looks to be dynamic and exciting, and Michael can rely on the OGCA and our members for our continued voice. Together, we can accomplish great things.

Should you more information about the OGCA’s discussion with Infrastructure Ontario (IO), or if you are a member and require assistance from the OGCA, please contact me directly at giovanni@ogca.ca or by phone at (905) 671-3969.