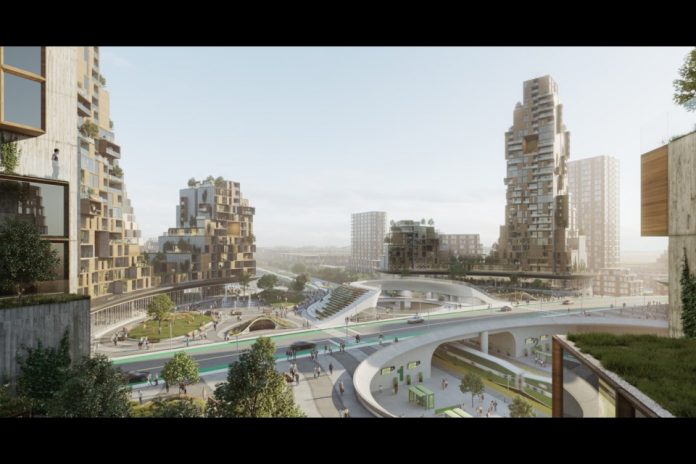 Innisfil Council supports a futuristic design for the new GO Train station at the centre of a new Mobility Orbit transit-centred planned community, largely on lands owned by the Cortel Group.

“This is obviously a key piece of infrastructure for the town . . . and a template for more sustainable growth, said Director of Growth Tim Cane, describing the Orbit as an “aspirational plan for development” over the next 50 years and beyond.

“Some things will be happening within 20 years, I can guarantee you that, but this plan is here for the longer term, Cane said.

Constructions could start in 2022.

Alex Josephson, of Partisans Group, told council the project represents “the future of transit” in Canada.

“It’s an extraordinary opportunity to build a future on a blank slate. There’s very few places in the world that have this opportunity.”

The development includes significant retail and residential spaces and was compared to the transformation of Union Station in Toronto.

“We are turning infrastructure on its head,” Josephson said.

The Orbit is described as a planned city of concentric rings, with the GO station at its heart. Cortel Group owns the surrounding lands and has offered to build the station. 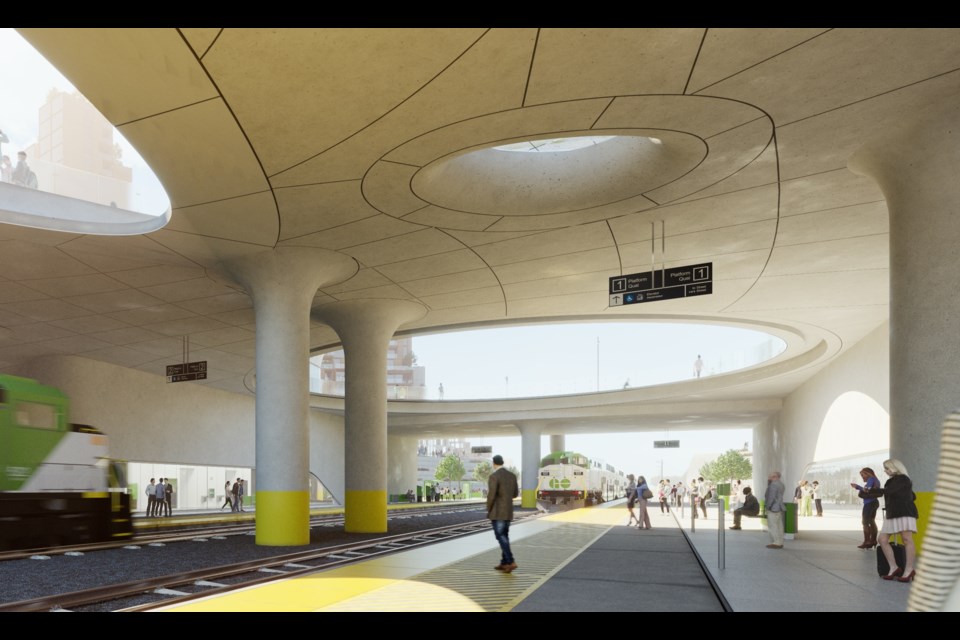 Josephson says the market is unknown, but the proposal within 200 metres of the station, will include midrise to high-rise residential buildings and Phase 1 would include construction of the GO station and higher density residential.

“The whole Orbit is conceived as a walkable, bike-able city… a concentric garden city plan,” he said.

Architect Steven Kirshenblatt, senior partner at Kirkor Architects and Planners, made a deputation to council, asking the town to put the brakes on the Orbit plan.

“Why this town is trying to tackle this type of concept, when all this town is really trying to do is secure a GO stop on the line between Barrie and Toronto – it is going way beyond the Official Plan,” he said, adding that Innisfil’s Official Plan designates Alcona as the growth centre.

Kirshenblatt offered his expertise and advice to the town at no charge and questioned why council is ignoring the Official Plan and abandoning the rural community and “small town feel” of Innisfil’s countryside.

“This is not smart growth in this location,” he said. This is raping the countryside.”

“This is nuts. I have a really bad feeling about where this is all leading.”

Deputy Mayor Dan Davidson questioned whether the developer will contribute $60 to $100 million for the project.

“We’re getting artists’ renditions. We’re not getting anything concrete,” he said. “This Orbit sounds exciting, but I don’t know if it is realistic.”

“We wanted to decide how we wanted to grow,” said Mayor Lynn Dollin. “We didn’t want growth to happen to us.”

According to the staff report, phasing of a project this size will be important.

Phase 1 may also include a signature architectural feature on the deck over the station to anchor and “ignite the Orbit Vision.”

“We’re not paying for this. This is a developer-driven, this is a Metrolinx-driven project. Delaying this, what we’re showing the developer is we have cold feet,” said Councillor Waters. “We want a GO station, and we want something better than what everyone else has.”

Council directed staff to facilitate town “reviews and permissions to advance detailed design and construction of the Orbit station and surrounding centre of mass,” with a projected 2022 start to construction.

The town solicitor was directed to work on legal agreements that include a Joint Consultant Agreement, regarding station design.