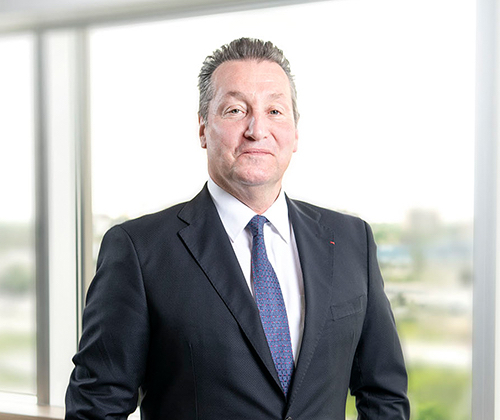 Jean-Louis Servranckx, the company’s president and chief executive officer, will assume full executive responsibility and will be fully supported by Beck and the board, the statement said.

“As part of the transition, Mr. Beck’s formal employment with the company will cease and, as a result, Mr. Beck will receive 36 months’ salary and short-term incentive plan entitlements and other benefits in accordance with his employment agreement,” Aecon said.

“In close collaboration with John, the board, as part of its succession planning responsibilities, believes the time is right for John to transition to the role of non-executive chairman,” said lead director Joe Carrabba. “Having served Aecon for over 50 years as founder, former CEO and executive chairman, John has been an extraordinary leader, mentor and a true industry icon.”

“Having laid the groundwork for Aecon’s future with the appointment of Jean-Louis as President and CEO in 2018, it is the right time to build on that foundation,”  Carrabba said in the statement. “Words cannot adequately express the appreciation the board has for John’s vast contributions to Aecon and we look forward to his continued support going forward.”

“Having spent five decades working in Canada’s construction industry and being a part of Aecon’s evolution, I firmly believe in the opportunities that lie ahead for Aecon and the value we bring to our communities, our clients, our employees and our shareholders,” Beck said. “I am proud of what we’ve built together and have every confidence in Jean-Louis to take the baton and lead Aecon into its bright future.”

His successor Jean-Louis Servranckx said: “Since joining Aecon in 2018, I have benefited greatly from the experience, guidance and counsel that John and the Board have provided me. John’s deep experience and commitment to the future of Aecon have been invaluable and I am honoured to be assuming full executive responsibility going forward. I look forward to working with our teams to successfully complete our impressive portfolio of projects while executing our thoughtful growth strategy.”