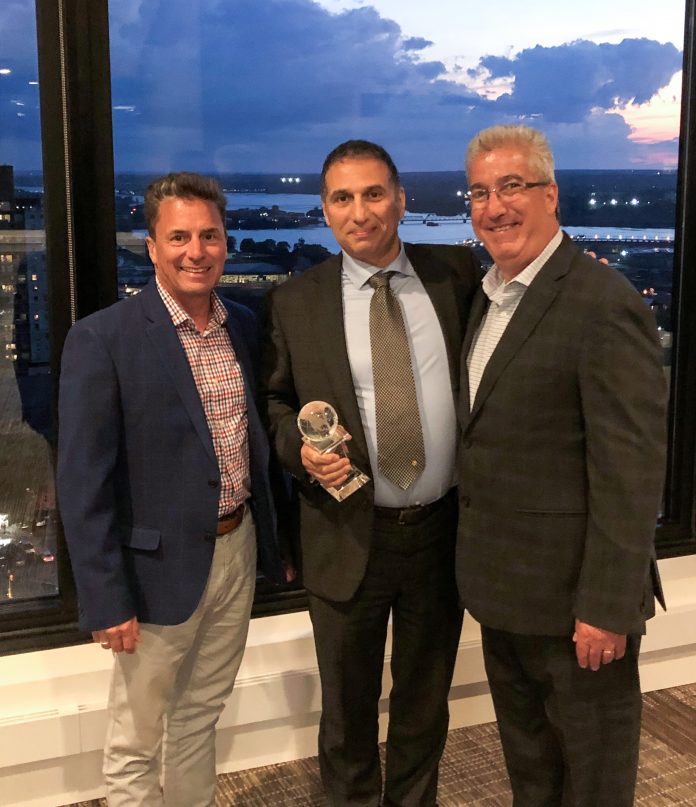 Philip Rizacallah, director of research and development, construction at the National Research Council (NRC) of Canada was presented with the Joseph K. Seidner Award on August 13, in recognition of his outstanding work on Canadian plumbing codes and standards.

The award was established by the Canadian Institute of Plumbing and Heating (CIPH) Board of Directors in 2000 to honour its first recipient and a leader in the industry, Joseph K. Seidner. It has since carried on to honour Seidner’s legacy in professional standards.

Rizcallah first joined the NRC in 1999, as a technical advisor for the National Fire Code, drawing on his years of service as a fire protection engineer in Ontario and Atlantic Canada for Human Resources Development Canada.

In his current role, he works with the construction industry to achieve best outcomes for regulation because he believes it will increase their relevance for Canadians.

“The National Research Council values the relationship and strong commitment with the CIPH and will continue to strengthen the collaboration with our partner as we move towards the goal of harmonization of all codes and standards across the country,” Rizcallah said.

“Philip is indeed a worthy and dedicated individual and shares the same remarkable qualities fundamental to all the J.K. Seidner recipients with traits such as commitment, perseverance, tenacity, persistence and a willingness to share his expertise,” said Plumbing and Mechanical Advisory Council (PMAC) chair Kevin Ernst.

“Philip’s contribution to the Plumbing and Mechanical Advisory Council and the industry is well noted, valued and recognized by his peers in both Canada and the United States.”

The award was presented at the Canadian Advisory Council on Plumbing meeting in Ottawa.