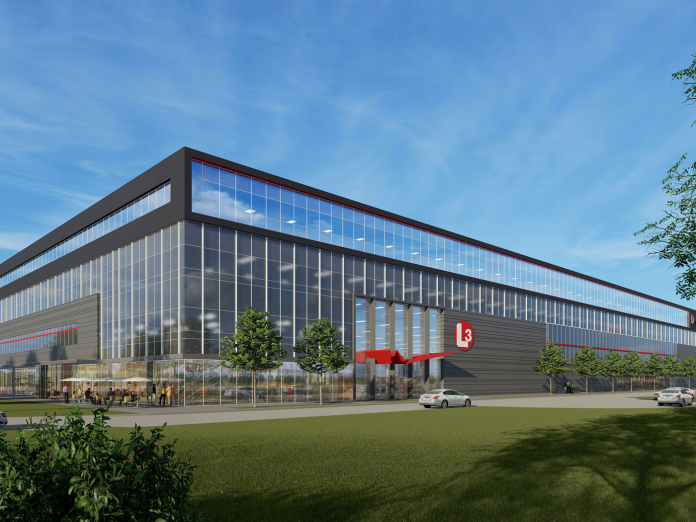 L3 WESCAM, a homeland security and defence technology manufacturer, was in the Waterdown region of Hamilton on June 25 to break ground on a state-of-the-art headquarters facility. The new space is expected to employ 1,200 people, and include departments for research and development, engineering, assembly facility, as well as office space. At 330,000 sq. ft., it also leaves room for growth.

The new building is to include features like flexible work spaces, quiet rooms, indoor and outdoor social areas. There are also plans for a dedicated wellness centre and outdoor volleyball courts.

L3 WESCAM originated in Hamilton, not far from its new facility, back in the mid-20th century. Its current headquarters resides in Burlington.

Jacques Comtois, vice-president and general manager at L3 WESCAM said in a media release that Hamilton has a “skilled talent base with a deep knowledge of advanced manufacturing and applied research,” and that the company, which is currently in the hiring process, is thrilled to be setting up shop in the city. “We are pleased to announce that L3 will continue to be a part of this region’s economic renaissance,” he said.

“This is one of the largest corporate head office investments in Hamilton in over a generation,” City of Hamilton Mayor Fred Eisenberger was quoted as saying. “The scale of high-paying jobs, the impressive talent working within the company and the global presence of L3 certainly raise Hamilton’s tech profile significantly on a national and international scale.”

Hamilton has exceeded over $1 billion in building permit values, making it one of Canada’s top-performing economies.

L3 bought WESCAM in 2001. The company has grown quickly in recent years, with a 60 per cent increase in employee numbers since 2016.