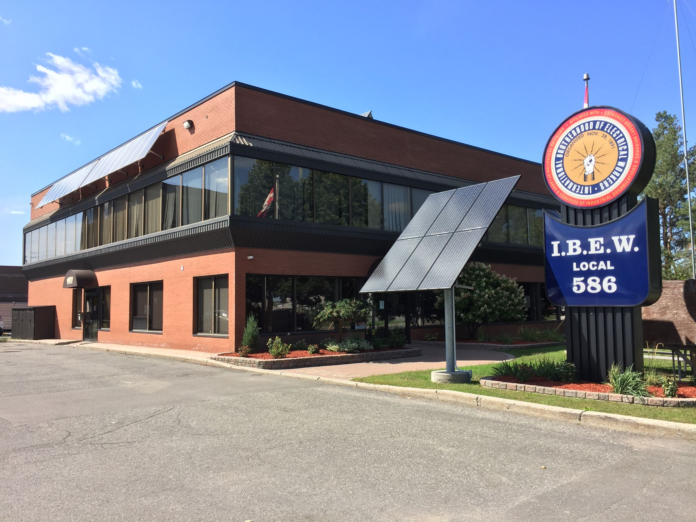 Although there are still more than four months until provincial construction contracts expire effective May 1, 2022, there are signs that negotiations will be challenging and tense, but things will resolve reasonably well in the end.

One clue about the situation is a Dec. 15 email newsletter sent to union members by John Bourke, business manager and financial secretary of the International Brotherhood of Electrical Workers (IBEW) Local 586 in Ottawa.

In May 2019, sheet metal workers went out on strike and, briefly, plumbers walked off the job during the once-every-three year season when contracts expire, allowing for legal strikes and lock-outs.

However, electricians and most other trades continued working until their new contracts were ratified; in the case of the IBEW under a no-work stoppage agreement negotiated earlier with employer counterparts, represented by the Electrical Contractors Association of Ontario (ECAO).

Will conditions be different this year?

“On the negotiations front, all talks locally have stopped,” Bourke wrote. “Our side was basically asking for the language that was negotiated in the last agreement to retain intact along with the increases negotiated previously. We were also asking for a small increase in the parking at $1.00 per year for the next three years. Via email, the contractors chose not to negotiate any of the previous terms and conditions from the last agreement.”

“They provided a document to us on the first day of negotiations asking to eliminate double time on overtime, working a 40-hour work week instead of 36, 100% name hire, pre-apprentice, which means a six-year apprenticeship starting at 30% of the journeyman rate,” Bourke wrote.

“Obviously, these items are not acceptable as we should be moving forward not in reverse.  As of this writing, no new local negotiation dates or talks have been arranged,” he wrote. “The provincial negotiations are to begin in January 2022 when wages and other conditions provincially will be discussed and settled on.”

Bourke was not available to Ontario Construction News for further comment.

However, Jodi Travers, labour relations manager for the ECAO, which acts as the employers’ bargaining agent, indicated the seemingly hard-ball stance in Ottawa may not reflect the provincial group’s overall negotiating position.

“The ETBA continues to work with our labour s to create conditions that will position us for growth in market share and, as a result, provide more work opportunities for member contractors and employees,” Travers said in an email to OCN last Friday (Dec. 17). “Our member contractors face a lot of competition from non-signatory contractors, and we are optimistic that, together with the IBEW CO, we can reach consensus on changes to the Principal Agreement that will enable us to continue to bolster our members’ competitiveness while benefitting our industry as a whole.”

She also confirmed that the union and employers have agreed on the same “joint proposal” applied for the past nine rounds of negotiations “to ensure there are no work stoppages in our industry to the benefit of our member contractors, their employees and customers.”

With the joint proposal, “there will not be a work stoppage,” she wrote

Travers wrote: “Regardless of where the ETBA is in their preparations, we value the integrity of the process and the relationship with our labour partners, and will not be negotiating through the press, our members, our workforce, nor any other entities. Further, we want to caution against speculating on information without the entire context as it could be misleading.”

In a separate statement, Daryl Sharkey, executive director of the Electrical Contractors Association of Ottawa (which shares the same ECAO abbreviation as its provincial counterpart), indicated that the issue the unionized contractors is facing is resolving competition from non-union contractors.

“ECA Ottawa has always been looking for negotiated agreements that would help grow the electrical construction and maintenance industry for the benefit of contractors and electrical workers in the Greater Ottawa area” he wrote in a statement on Tuesday.

“We agree with Mr. Bourke that we should be moving forward. However, we should be doing so as an industry, as partners, to benefit our client base.

“In negotiations with our union, we have not found ways together to become more competitive, which is unfortunate for all parties. We have demonstrated a strong willingness to negotiate, as we have in the past. It is simply a mischaracterization to suggest otherwise,” Sharkey wrote.