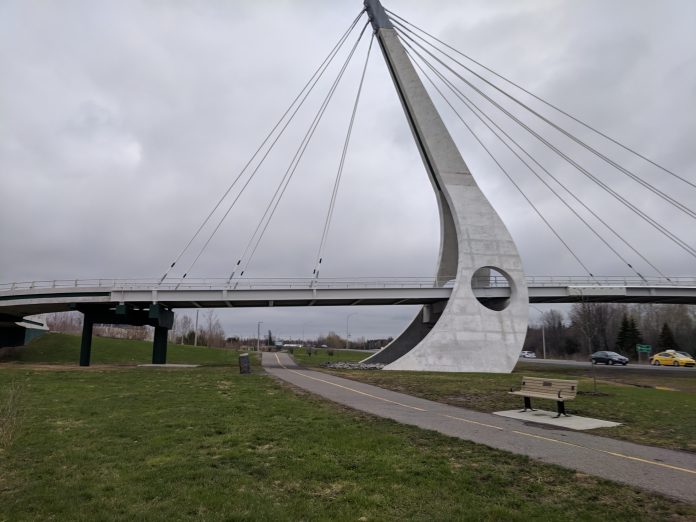 The legal fight over a Ottawa pedestrian bridge, where costs ballooned from $6.5 million to $11 million and required more than two additional years to complete, has finally been resolved.

Deputy city solicitor David White confirmed on April 30 that the city had reached a settlement in February, and the other parties to the dispute resolved their differences in March.

Construction started on the bridge connecting communities on the road to the city’s international airport in June 2011 and the project was supposed to be completed that fall. But there was a problem with a steel anchor on the tower, following a realiziation that the bridge’s engineering design wouldn’t actual work – leading to the firing of the designer WSP (formerly Genivar).

River Councillor Riley Brockington told the Ottawa Citizen that the city was able to recoup millions of dollars through the litigation, though the exact amount was not made public.

Brockington said after he was elected in 2014 his first meeting with the then-city manager Kent Kirkpatrick was about the bridge.

“I had one thing on the agenda: ‘Explain to me how this mess happened.’”

“At the end of the day I was really focusing on two things. What did we learn from this, because there was definitely a breakdown in project management oversight, and he acknowledged that and explained to me how the city improved in that regard. The second thing was, how do we get as much taxpayer money as possible?”