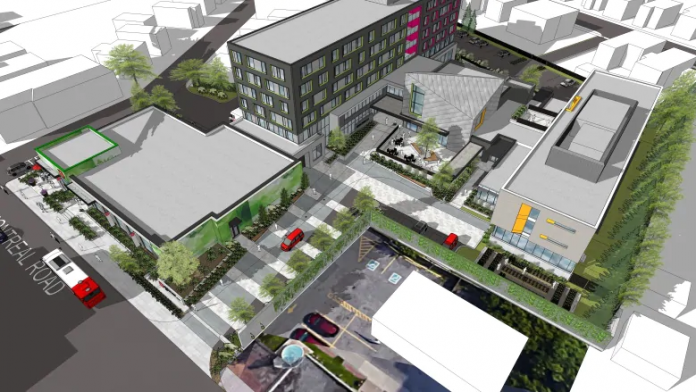 The provincial Local Planning Appeal Tribunal (LPAT) has dismissed an appeal against a proposed $50 million mega-shelter in Ottawa’s Vanier area – although CBC reports that the project has changed significantly since opponents to the proposed project began fighting to thwart it.

A Salvation Army spokesperson told the broadcaster after the decision was released last week that no construction date has been set and discussions will continue about modifying the project.

In 2017, city council had approved official plan and zoning amendments to allow the Salvation Army to relocate from its Booth Centre location in the ByWard Market to a new 350-bed structure to be built on the Concorde Motel site.

Neighbouring businesses and community leaders rallied against the shelter proposal under the identity SOS Vanier, arguing that the planned project would defeat efforts to revitalize the “main street” restoration on Montreal Road; in a Francophone area that the group says has more than its share of social services for disadvantaged people.

Representatives of local businesses argued at the LPAT hearing in January that a shelter was not permitted on traditional main streets. Several expert witnesses argued that the structure didn’t match with provincial planning policies. 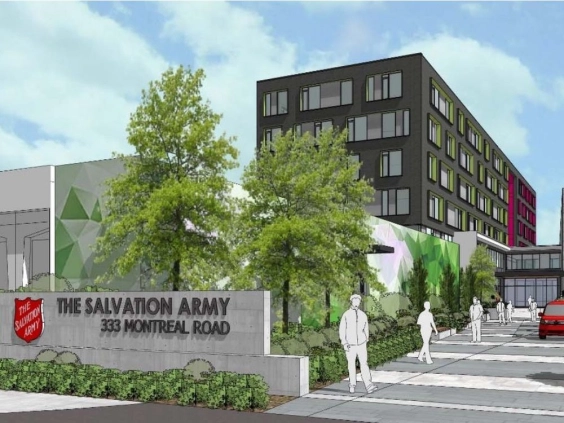 However the LPAT adjudicator wrote in a 100-page decision released last Friday that the opponents didn’t provide  “sufficient evidence to meet the burden imposed on them in these appeals.” He said the original plans can proceed, with a small change to parking and entrance set-ups.

“I’m delighted to hear the result that the appeal has been dismissed and we have the green light, barring anything else, to move ahead with the project for 333 Montreal Rd.,” Salvation Army spokesperson Glenn van Gulik was quoted by CBC as saying shortly after the decision was released.

However, van Gulik said the charity doesn’t plan to build the shelter with 350 beds as initially proposed.

CBC reported that the organization presented a “greatly modified version” of the project in June 2019, with as few as 70 emergency beds and supportive housing. The Salvation Army would keep its addictions services at its current ByWard market location, removing one of the biggest objections to the proposed project.

“Those commitments we made last year… will stand,” said van Gulik, noting the Salvation Army plans to have more talks about the project as he believes it might continue to evolve, CBC reported.

“Our goals were and remain to move this project forward. This city, as we’ve seen even over these past few months, absolutely needs more affordable and supportive housing,” van Gulik said. “This city needs options for people who are in crisis.”