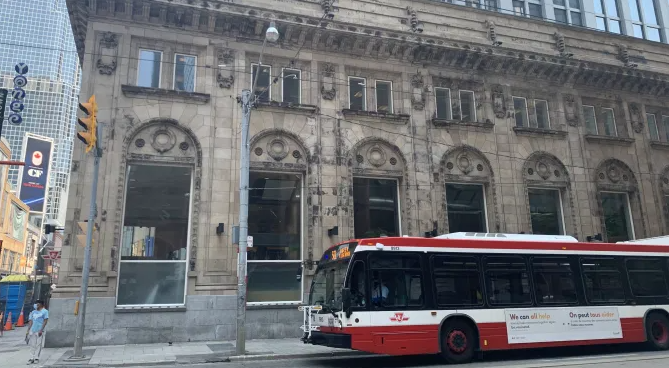 Metrolinx says easy connections are at the heart of plans for the new Ontario Line subway, with stations designed to link with existing GO and TTC routes along the line.

On June 10, the public got a look at how Ontario Line stations at how designers will incorporate heritage attributes into stations at Exhibition, King and Bathurst, and Queen at Spadina.

“No subway station exists in isolation. Each one must serve and fit within a surrounding neighbourhood and offer connections that get people where they need – and want – to be,” Metrolinx staff wrote on the blog.

“That’s particularly true for three stations at the west end of the new Ontario Line – Exhibition, King/Bathurst and Queen/Spadina – where each spot is a vibrant destination in its own right.”

The Ontario Line will directly connect dozens of other neighbourhoods across the city, all while linking with TTC streetcar and GO lines in the area.

“We are only acquiring properties we need to build and accommodate new transit infrastructure and to create the best possible transit connections,” said Malcom MacKay, program sponsor for the Ontario Line. “We know we need to work hard to make sure any new structure fits and blends in with the community it serves, and that’s something we’re going to do from one end of the line to the other.” 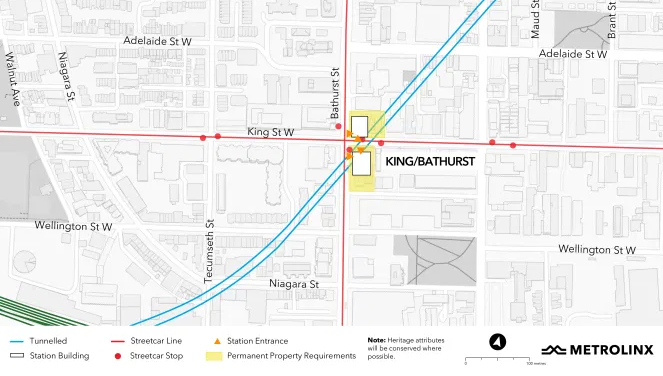 A benefit of the Ontario Line is it will bring riders through parts of the city with a rich architectural heritage. Station construction in older areas is a challenge faced by subway planners around the world, and Metrolinx is using widely adopted techniques to maintain heritage attributes and conserve each neighbourhood’s unique characteristics.

Working with a team of heritage conservation specialists, Metrolinx is exploring a wide range of conservation options for heritage properties in these new station locations and will be customizing solutions for each site. These options include retaining full façades that stations can be built within, and carefully dismantling the exteriors into panels which can be stored and then reassembled as part of new stations.