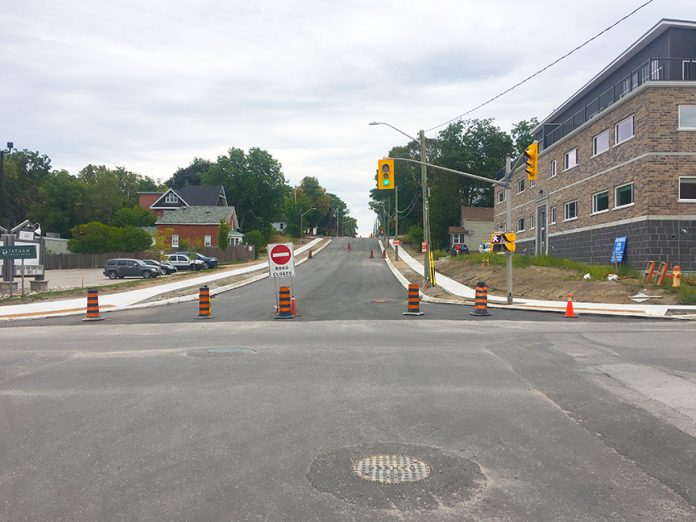 Construction has officially begun on a massive 247-acre master-planned community in Midland.

The massive subdivision, situated on a 247-acre site off Highway 12, will consist of approximately 1,400 homes when all three phases are complete. Home construction at the site officially started Sept. 16 when crews began pouring foundations on the southeast corner of the property, where the first phase of the development is located.

When the three-phase development is complete, approximately 3,500 new residents will call Midland home.

As reported by Village Media, the Town of Midland is projected to grow exponentially over the next decade, according to provincial and county forecasts that show population increasing by 25 per cent – to 22,500 by 2031 — a significant rise from the population of 16,864 recorded during the 2016 census.

The Ontario government and County of Simcoe have included the forecasts as part of the Growth Plan for the Greater Golden Horseshoe, which are included in the town’s draft official plan.

In Simcoe County, seven regions have been designated as primary settlement areas where the province anticipates most growth will take place: Alcona, Alliston, Barrie, Bradford, Collingwood, Orillia and Midland/Penetanguishene.

The growth projection for Midland, according to a report in MidlandToday, is a new direction, considering from 2001-2016, population increased by just 650 people and from 2006 – 2011, there was a slight increase of 1.5 per cent.

As reported by MidlandToday: A master transportation plan, a waterworks master plan, a parks and trails master plan, and a stormwater management master plan, are all underway, along with updating the official plan that will guide development to 2031.

Yonge Street, King Street, William Street and Vindin Street have been identified as areas for infill and mixed-use development.

Bayport Subdivision is working on Phase 2, which will add 148 townhouses, 32 condos and 291 apartment units to the waterfront. And two five-storey 40-unit apartment buildings are set to be constructed on William Street just south of Galloway Boulevard.