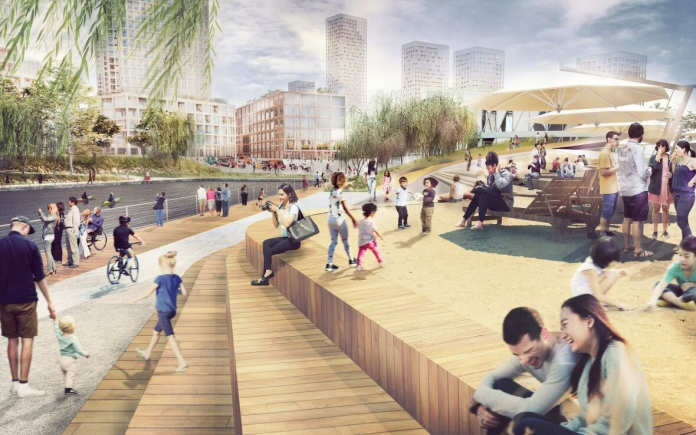 The National Capital Commission (NCC) has released its latest concept for Lebreton Flats as the federal government agency prepares to move forward with plans for its 24-hectare central Ottawa site redevelopment. The new plan released last Wednesday (Nov. 20), incorporates some features of the previous plan from a failed partnership between the Trinity Group and the Ottawa Senators hockey team. 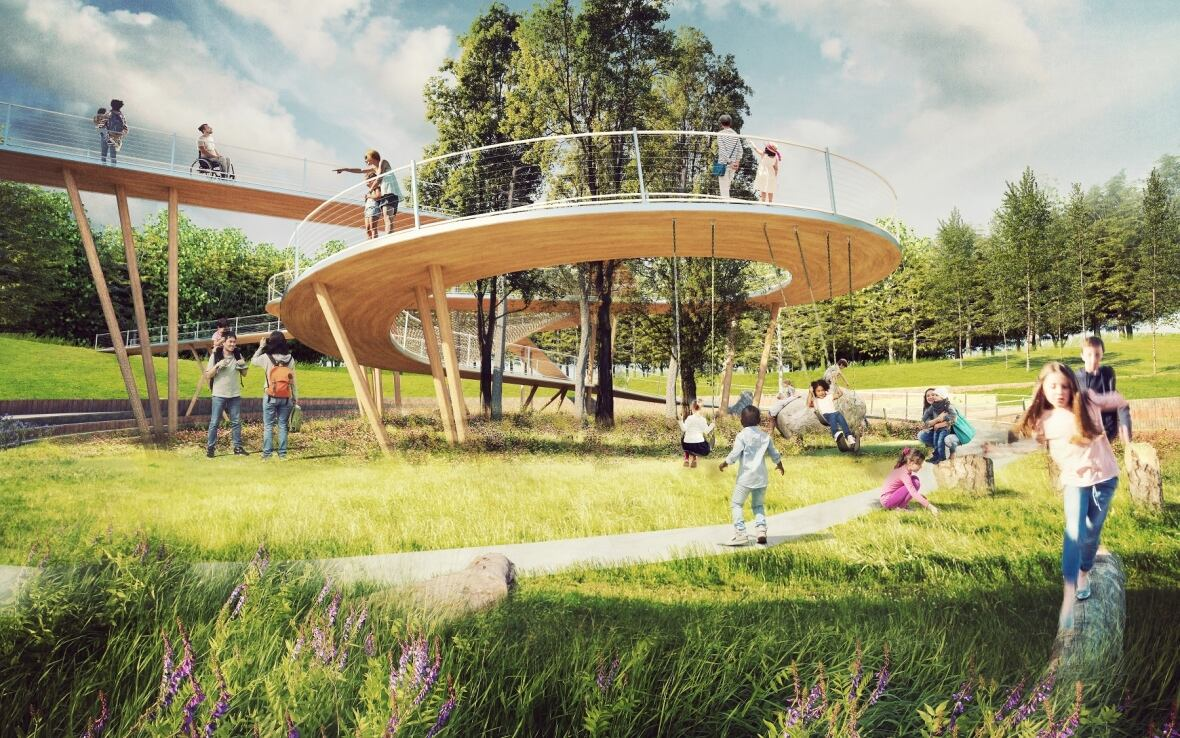 The NCC’s concept focuses on a public entertainment area surrounding a historic aqueduct, while reserving space for a major events centre, which could ultimately be a NHL arena.

The earlier RendezVous LeBreton partnership and plan faltered after years of negotiation when Senators owner Eugene Melynk and Trinity Group founder John Ruddy could not agree on shared financial responsibilities. The NCC’s vision includes some of the elements of the previous plan, such as thousands of residential units, offices and retail space, and a possible hockey arena, but puts more emphasis on public and green spaces. 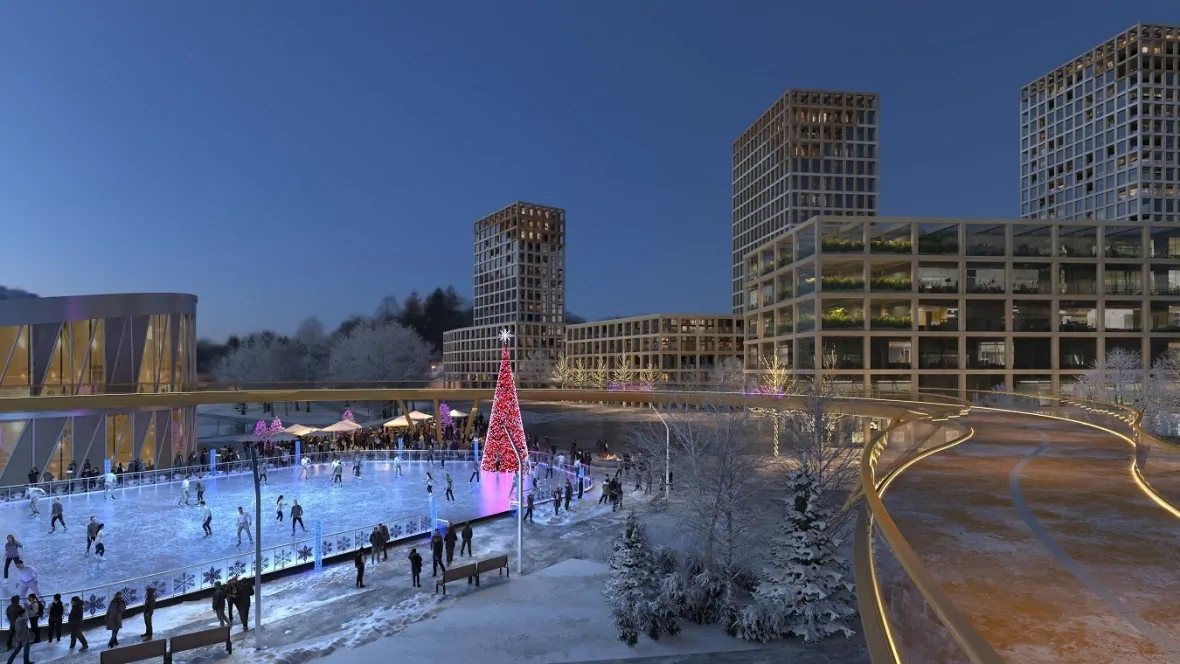 The new plan includes several districts incorporating various visions for the site. These neighbourhoods would be developed separately, each with their own RFP and plan. The government agency envisages 4,000 homes on the site, some of which will be “affordable”.

The Albert district would include some mixed-use highrises (some between 25 and 40 storeys). Meanwhile, the Flats district would be a pedestrian owned neighbourhood.

There would be a small-scale entertainment district built around the historic aqueduct, with boutique retail shops, cafés and restaurants. A “grand staircase” will connect the district with Booth Street above, the NCC proposal indicates.

The districts would be connected with 4.5 kilometres of pathways. There would also be several parks including what is described as a large, naturalized area at the site’s western end.

The question of whether there will be a NHL arena remains up in the air, at least for the immediate future. This had been a core element of the previous RendezVous LeBreton Group plan.

The Canadian Broadcasting Corp. (CBC) reports that Mayor Jim Watson, who is a non-voting member of the NCC board, said he believes the arena will eventually have to relocate.

“Clearly there’s challenges with attendance at an arena that has no walk-up traffic,” said Watson, referring to the Senators’ attendance decline this season.

The mayor called the NCC’s plan, with its focus on the aqueduct, “very exciting” but believes that an NHL arena also belongs at LeBreton.

“The success of most North American franchises is to have the arena in the downtown core, next to transit,” Watson said. “I think you will see an arena downtown.”

However, asked if Senators owner Eugene Melnyk would be the person to bring the team downtown, Watson said: “I don’t think so. He seems to have lost interest in moving it downtown, so I’m told.”

Watson said that until Melnyk changes his mind, or a new owner takes over the team, the land should be held as green space.

The NCC believes its new plan is more feasible than the complete RendezVous Lebreton plan because  it anticipates selling off the land in stages, using revenue from the sales to develop the public elements.

The agency is scheduled to review and decide on whether to approve the plan in January.  If it does, it will release a request for proposal to develop the Library district, which would include highrises next to the new Ottawa central library.

Then the NCC could release as second RFP – though the agency believes the entire site redevelopment will require years, if not decades to complete.

It is seeking input until Dec. 6 on its early stage concept in a public survey.