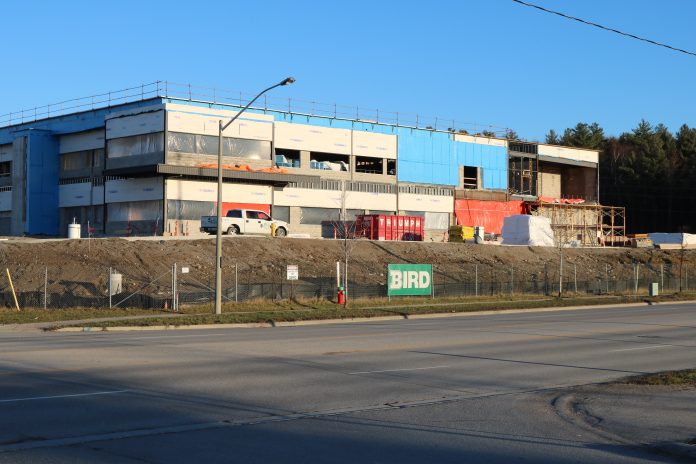 The construction of nine new Ontario Provincial Police (OPP) detachments across the province is proceeding, with related economic benefits including hundreds of direct and indirect jobs.

“Ontario is working to improve community safety and better support modern policing operations by updating Ontario Provincial Police (OPP) facilities across the province. Nine new detachments will be constructed, replacing buildings at the end of their useful lifespan,” according to Infrastructure Ontario.

The new detachments are planned for:

The more than $182 million project dates back to July 14, 2017, when a Request for Proposals was issued. Construction began Nov. 30, 2018. Bird Capital Limited Partnership won the contract. Construction is expected to be completed by late 2020.

“State-of-the art facilities that respond to the increasing demands of modern police operations are an important part of keeping communities safe,” Michael Tibollo, Minister of Community Safety and Correctional Services, is quoted saying.

The facilities being replaced at 40 to 60 years old, and the new detachments will be between 17,000 an 35,000 square feet in size. Features will include

The building of the nine detachments will also present community and environmental benefits, the government says.

“The OPP and the communities it serves will benefit from enhanced community safety with the construction of nine new facilities. The new detachments will be designed and built to meet the Leadership in Energy and Environmental Design (LEED) Silver standard, which recognizes buildings with reduced environmental impacts.”

It’s anticipated the new detachments will address health and safety issues, and will also deal with inefficiencies related to old designs and outdated technology.

“This project allows for the continued renewal of our aging detachments under one major infrastructure project,” OPP Commissioner Vince Hawkes is quoted saying. “This bundled approach to renewing our aging facilities will ensure the OPP continues to provide modern, efficient municipal and provincial policing services to local communities across the province.”

Quick facts from the province on the project: