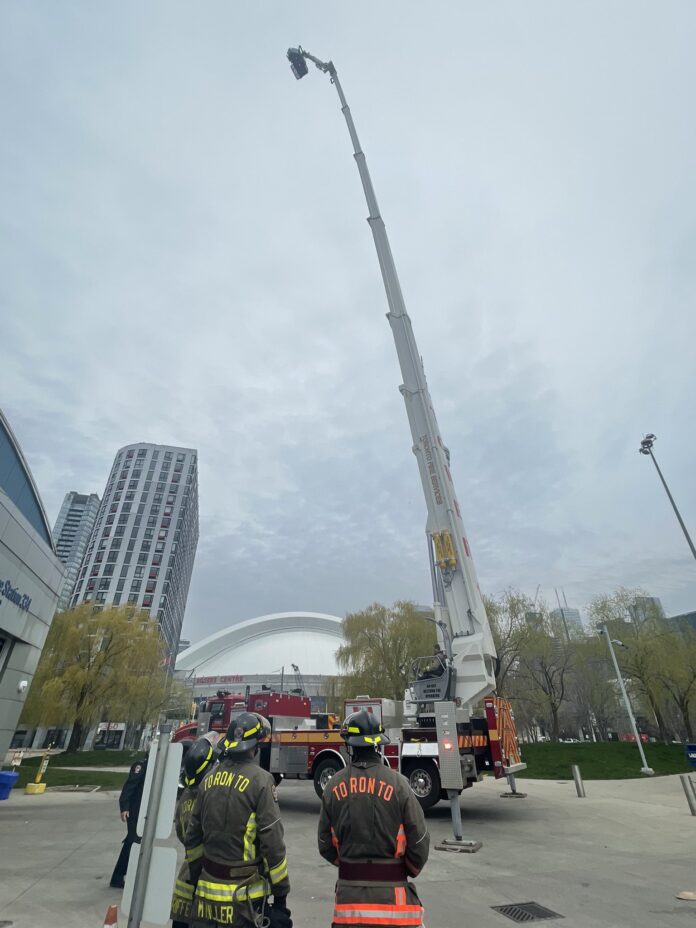 Toronto has held the title of North America’s crane capital since 2015 and now the city has new firefighting apparatus to protect the tall towers dotting the skyline.

Tower 1 is the tallest firefighting apparatus in North America and will reach 70-metres, or 230 feet, from the ground to the base of platform, which is approximately 22 storeys high and double the height of Toronto’s next tallest aerial apparatus that can reach 11 storeys.

“This resource will become even more important as Toronto continues to become increasingly vertical and dense in the years to come,” Pegg said.

“The addition of this 70-metre articulating aerial platform into Toronto Fire Services fleet represents a significant enhancement to the already world-class levels of fire protection services provided in Canada’s largest and most diverse city.”

A recent report by international consultancy firm Rider Levett Bucknall (RLB) found that Toronto has the most active construction cranes among 14 major cities in North America and has led the crane count since 2015. The number of fixed cranes on construction sites jumped 21 per cent in the first quarter of 2022, with increases seen in commercial, residential and mixed-use projects.

The truck will be stationed downtown at 207 Front St. E., where there is the greatest density of high rises, but can be redeployed where needed. Specialized training of staff is underway.

“It’s no secret that Toronto is getting taller,” said Mayor John Tory. “You can see the evidence throughout the downtown skyline and beyond of the many cranes at work.”