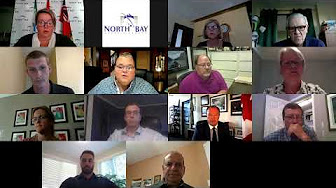 The City of North Bay recently approved several contracts for upcoming work – including over $2 million for construction of the West Link extension awarded to Pedersen Construction (2013) Inc.

According to a staff report, the West Link project is the final phase of the recreational pathway connecting the city’s north and south ends.

The new multi-use pathway will is part of the Voyageur Cycling Route from Sudbury to Ottawa and has two-way sections separated from the road by a curb and a section of bike lanes on Main Street.

Pedersen was the lowest of three bids received at $2.2 million.

A recommendation to award Venasse Buildings Group Inc. a $520,000 contract for renovations to the city’s customer service centre was withdrawn.