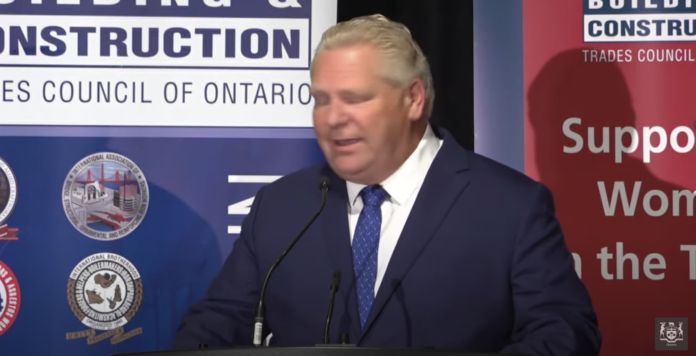 ‘Now is the time to train young people, reskill workers and inspire next generation of tradespeople.’

Ontario Premier Doug Ford was the keynote speaker at the 63rd Provincial Building and Construction Trades Council of Ontario.convention.

“I’ll get right to the point here … I just absolutely love the skilled trades,” Ford said. “You get it. You know what it means to put a hard day’s work in. You know how to get the job done.”

He called the construction industry the backbone of the economy that will be critical in the province’s recovery following COVID-19.

“It’s up to all of us to shine a light at the end of the tunnel,” Ford said, recognizing how difficult the pandemic has been for people and businesses across Ontario.

“When we get through this, Ontario’s building tradesmen and women will be there to ensure our economy comes roaring back.”

Despite public health measures that have forced many businesses to close, some for the second time, Ford said the government believed it was important to support construction and keep sites open throughout the crisis, even though there were calls to shut it down. Instead of closing, construction was deemed essential.

Stopping construction “would have had a devastating impact on your industry and to Ontario – putting 500,000 people out of work. We couldn’t do that and thank God we didn’t do that.”

Construction sites that were impacted by temporary shutdowns were reopened by May 19.

Ford says the province is work hard to avoid a second province-wide shutdown during the second wave of COVID-19. Targeted shutdowns are already in place in Ottawa, Toronto, Peel and York regions were numbers of new cases were surging.

He encouraged the construction industry to look for opportunities that will ensure a strong recovery for the province.

“Now is the time to train our young people, reskill workers looking for their next career and inspire the next generation of tradespeople,” he said.

The province recently announced a $75 million commitment to pay certain living expenses for apprentices and another $10 million to forgive loans to pay for tools and launched the Ontario Tools Grant which provides up to $600 to construction apprentices.

“We are going to continue to make these critical investments to ensure we have the skilled workforce we need to rebuild this province,” Ford said. ”As we look to the future, to Ontario’s economic recovery, construction is at the heart of it.”

Recovery depends on getting shovels in the ground faster on major projects across the province, he said, highlighting provincial priorities including:

“My friends, we cannot do this alone. We need your help,” he said.

“We need more welders, electricians, plumbers and construction workers to build the roads, bridges, highways, transit, long-term care homes we need. These are projects that are going to change lives . . . and it starts with each one of you.”

“Let’s roll up our sleeves today and start building for Ontario’s future together.” 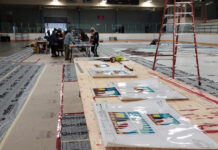