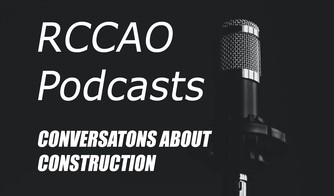 That’s one of the suggestions made in a half-hour podcast, Infrastructure Ideas – Priorities for Ontario, released last week by the Residential and Civil Construction Alliance of Ontario (RCCAO). It is the third instalment in a nine-part series, Conversations About Construction, that RESCOn says is intended to increase awareness about issues affecting construction.

The podcast features RCCAO executive director Andy Manahan in conversation with transit researcher Stephen Wickens, a journalist who authored a recent report for the RCCAO, Station to Station: Why Subway-building Costs have Soared in the Toronto region

“Ridership on public transit has dropped significantly in the GTA due to COVID-19 and the fact more people are working from home,” says Manahan. “But in large urbanized areas like Toronto we need rail to move a lot of people around and we must keep the pedal to the metal and build transit.”

While ridership has been dampened and the effects of COVID-19 are expected to be felt for some time to come, the RCCAO, as an infrastructure advocate, believes the province must continue to forge ahead on new projects like the Ontario Line as well as invest in road and highway infrastructure.

“Any leading transportation specialist that we’ve talked to within our network has said that the Ontario Line is necessary,” says Manahan. “If the Yonge Line breaks down, for example, we’re going to need a relief valve to ensure that people can get to and from downtown and to the suburbs.”

While it’s critical to invest in the transit system, Wickens cautions that funds must be spent wisely. He notes that cut-and-cover techniques or going above ground are ways to reduce subway-building costs.

“Toronto subway-building costs only started to soar when we stopped building primarily with shallow cut-and-cover tunnels and above-ground corridors. Evidence uncovered for the Station to Station report indicates this is not mere coincidence,” he says. “We’ll still need to bore deep tunnels for the top-priority Ontario Line in the older parts of the city, but – especially with greater competition for tax dollars post-COVID – the public should demand less-expensive methods for projects in lower-density areas.”

The podcasts cover a wide variety of topics related to the residential and civil construction sectors. Dave Trafford, host of the Weekend Morning Show on Newstalk 1010 in Toronto, leads the discussions. Six more podcasts are scheduled to be released on Mondays over the coming weeks.

RCCAO is an alliance of construction labour and management groups whose members build the homes, transportation and water systems that are of critical importance to Ontario residents and businesses. 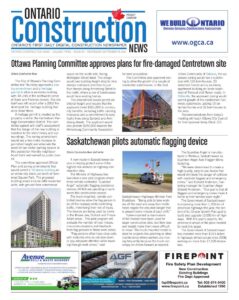