Home Around the province OPG pulls plug on plan to bury nuclear waste near the Lake...
Facebook
Twitter
Email
Print 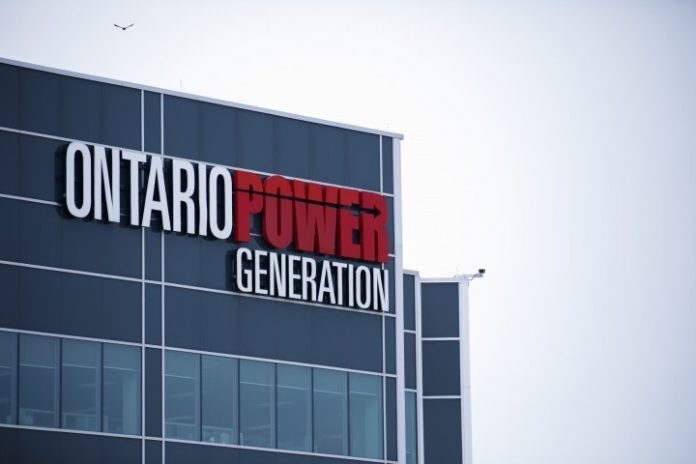 A plan to store hazardous nuclear waste deep underground near the Lake Huron shoreline has been formally put to rest more than 15 years after it was first proposed.

In a recent letter to the federal environment minister, Ontario’s publicly owned power generator said it no longer wished to proceed with the multibillion-dollar project.

“We do not intend to carry out the project and have asked that the application for a site preparation and construction licence be withdrawn,” the letter from Ontario Power Generation states. “Similarly, OPG requests the minister to cancel the environmental assessment for the project.”

In response, federal Environment Minister Jonathan Wilkinson said he accepted the request, and had terminated the ongoing assessment.

The project, estimated to cost more than $2.4 billion, had called for the storage of hundreds of thousands of cubic metres of low- and intermediate-level radioactive waste 680 metres underground about 1.2 kilometres from Lake Huron. The bunker was to have been built at the Bruce Nuclear Generating Station near Kincardine, Ont.

While Kincardine had been a “willing host,” the proposal drew years of fierce opposition from environmentalists and hundreds of communities on both sides of the Canada-U.S. border. All argued that the threat to drinking water that serves millions of people was simply too great.

OPG, for its part, steadfastly defended the planned repository as a completely safe option for storing waste that can remain hazardous for thousands of years.

While a joint environmental panel gave its approval in May 2015, the project stalled. Successive environment ministers called for more information. The last request was for buy-in from the Saugeen Ojibway Nation or SON, which had complained for years about being shut out of decisions related to the Bruce power plant.

The utility promised it would not proceed without that agreement.

Since then, members of SON — comprising the Saugeen First Nation and Chippewas of Nawash Unceded First Nation — have debated the issue. In late January, the 4,500-member community overwhelmingly rejected the underground storage facility.

“We worked for many years for our right to exercise jurisdiction in our territory and the free, prior and informed consent of our people to be recognized,” Chippewas of Saugeen Chief Lester Anoquot said at the time. “We didn’t ask for this waste to be created and stored in our territory.”

OPG, which had previously said it would look for alternative storage solutions, said Friday it has spent about $200 million on the repository.

The Saugeen Ojibway Nation responded immediately on Friday for a request to comment on the end of the project.

In her letter, Lise Morton, vice president at OPG, said the utility remained committed to ongoing dialogue with the Saugeen Ojibway Nation about “future potential solutions” for the safe and long-term storage of nuclear waste.

Separately, the federally-mandated Nuclear Waste Management Organization announced earlier this year it was proceeding with development plans for a nearby site at which to bury highly radioactive reactor waste. Landowners in South Bruce, about 30 minutes east of Kincardine, signed agreements allowing suitability testing on their properties.

The only other site under consideration for high-level waste storage is in Ignace in northern Ontario. Indigenous groups have yet to indicate support for that project.

About three-million highly radioactive used fuel bundles from reactors are currently stored at existing nuclear generating stations in Canada, including at the Bruce Nuclear Generating Station. Authorities have long contended the current storage system is not sustainable and have been searching for a permanent solution, with the aim of finding a site for storage by 2023.

“We continue to oppose the burial of any nuclear waste in the Great Lakes basin including NWMO’s attempt to bury all of Canada’s high level radioactive waste in prime agricultural land in South Bruce, which is also in SON territory,” said Pat Gibbons of SOS Great Lakes.