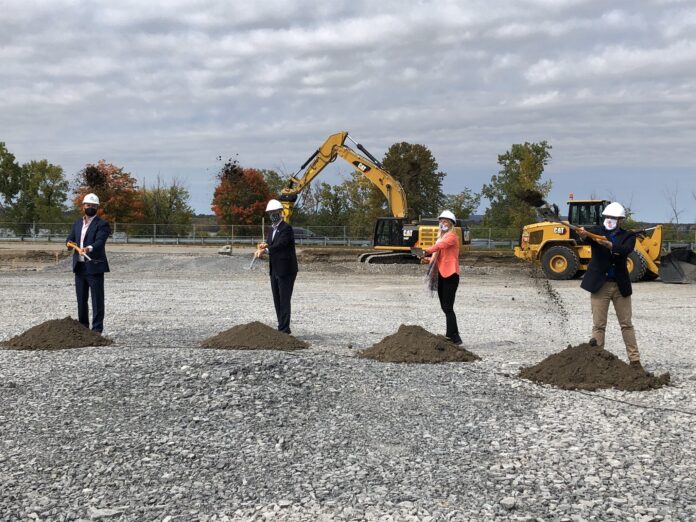 Construction is underway on Ottawa’s Stage 2 Light Rail Transit (LRT) tunnel that will run under the Sir John A. Macdonald Parkway and Byron Linear Park.

Officials from all three levels of government held a ceremonial ground-breaking ceremony last week to launch the project.

The Parkway tunnel will be built using a cut and cover construction method. To prepare for tunnel construction, traffic on the parkway has been shifted, and underground utilities are being relocated. Excavation will begin at the surface and support walls will be installed as the tunnel gets deeper.

East-West Connectors (EWC), the contractor building the Stage 2 east and west O-Train extensions, will build permanent tunnel infrastructure prior to backfilling to surface level. Work will be carried out in stages to minimize impacts on pedestrians, cyclists, and local traffic. When construction is complete, Byron Linear Park will be enhanced to include more trees, less pavement, more public art, and additional plaza space for local events.

“The start of tunneling on the next phase of Ottawa’s LRT shows that, in the face of adversity, we’re continuing to build up important public transit that people rely on every day,” said Catherine McKenna, minister of infrastructure and communities.

“Stage 2 will reduce greenhouse gas emissions by 110,000 tonnes and help get cars off the roads. Canada’s infrastructure plan invests in thousands of projects, creates jobs across the country and builds stronger communities.”

The three-kilometre Parkway tunnel will extend from Dominion Station to north of Lincoln Fields Station, travelling underneath the Sir John A. Macdonald Parkway and Byron Linear Park. It will be one of two cut and cover tunnels in the Stage 2 O-Train West Extension project.

The second will be the 270 metre Connaught tunnel that will link Lincoln Fields Station with Queensview Station, travelling underneath Connaught Avenue. 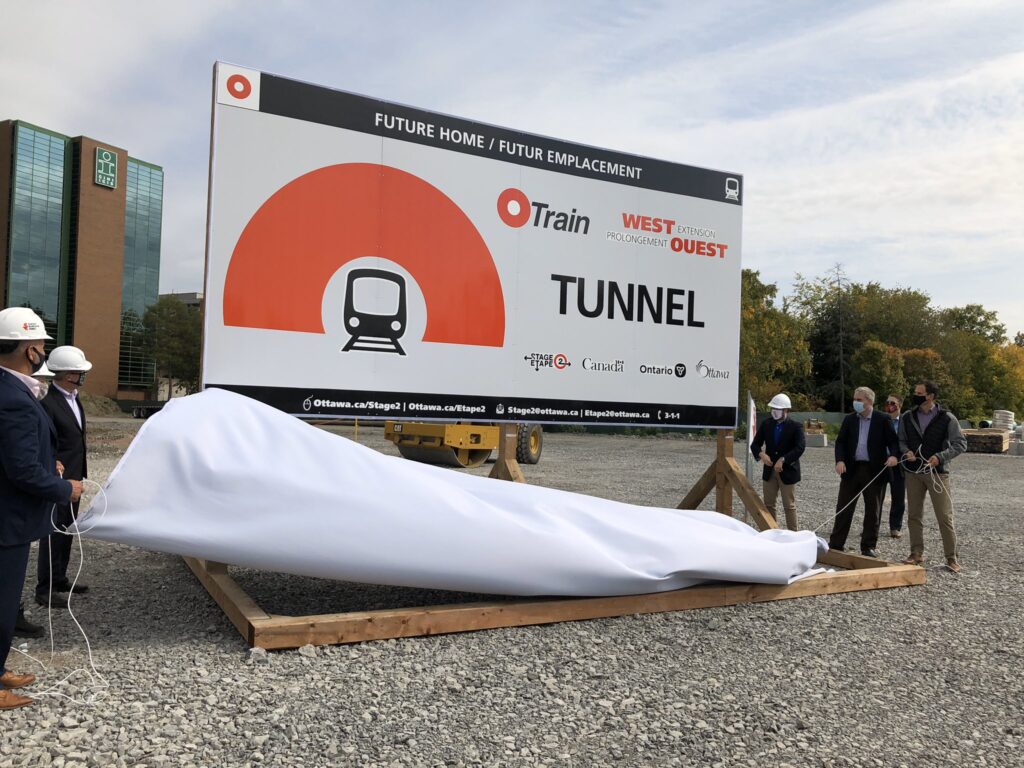 The Stage 2 West Extension will add 15 kilometres of rail and 11 new stations to extend O-Train Line 1, the Confederation Line, from Tunney’s Pasture to Lincoln Fields where it will split, travelling south to Baseline Station and west to Moodie Drive. There will also be a light maintenance and storage facility located at Moodie Drive. The project is expected to be complete in 2025.

“The start of construction on the west tunnel marks another exciting step forward in delivering on this project that will transform Ottawa’s public transit network and the way people get around this city,” said Jeremy Roberts, MPP for Ottawa West-Nepean. 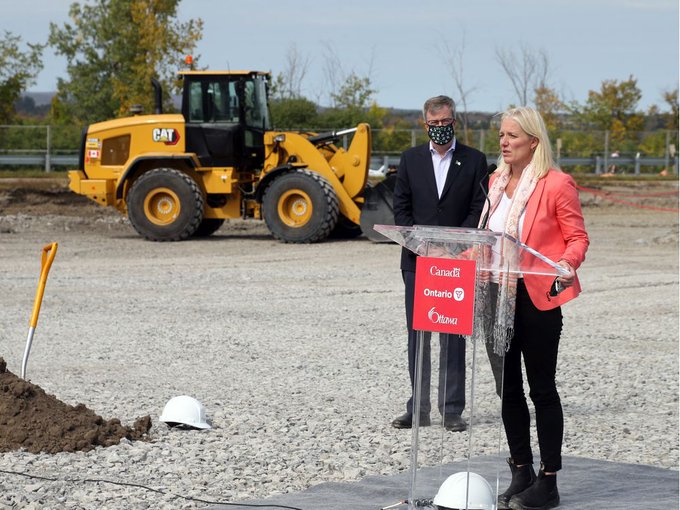 The west extension is one of three projects that make up Stage 2 LRT. Line 1 is also being extended east from Blair Station to Trim Road in Orléans and O-Train Line 2, the Trillium Line, is being extended south from Greenboro Station to Limebank Road in Riverside South, with a link to the Ottawa Macdonald-Cartier International Airport.

The Stage 2 Light Rail Transit Project is a $4.66 billion project that is jointly funded by the Government of Canada, the Province of Ontario and the City of Ottawa.