Home Around the province Ottawa homeless and at-risk youth to get 39 homes through National Housing...
Facebook
Twitter
Email
Print 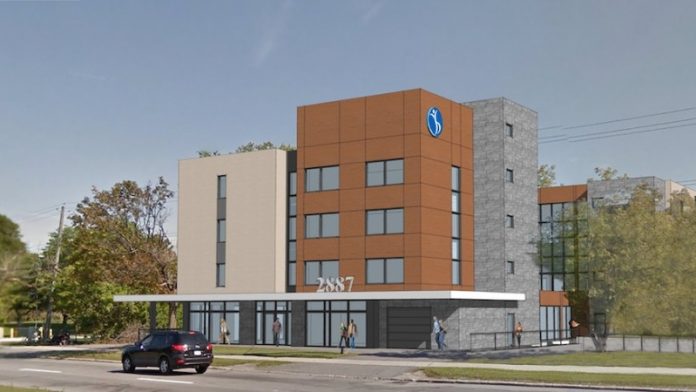 MP David McGuinty of Ottawa South announced July 3 that the federal government plans to kick in $3.12 million toward 39 new homes in the Youth Services Bureau of Ottawa’s 2887 Riverside Dr. project.

All units at 2887 Riverside Dr. will have affordable rents, and are being built with the aim of reducing energy usage to 34 per cent lower than building code requirements. Support services like mental health counselling, employment services, health care, and support for substance abuse will be available on the main floor of the building, called the Youth Hub, while the 39 housing units will be on upper floors.

“The City of Ottawa is committed to providing safe and affordable housing for all its residents and ending chronic homelessness as set out in our 10-Year Housing and Homeless Plan,” says Ottawa Mayor Jim Watson.

Established in May of 2018, the NHCF has a total budget of $13.2 billion, and prioritizes projects that help people in the greatest need, like seniors, Indigenous Peoples, people with disabilities, and women and children fleeing family violence, among others. Up to 60,000 new homes and 240,000 refurbished homes will be provided over the next 10 years.

“The National Housing Strategy has an ambitious goal of reducing chronic homelessness in Canada by at least 50 per cent,” McGuinty says.

The Youth Services Bureau of Ottawa is a non-profit agency serving youth in Ottawa. Its services include shelters for men and women and a long-term housing program. 2887 Riverside Drive’s new Youth Housing Hub is scheduled to open later in 2019.

CLAC program provides up to $10,000 to hire first-year apprentices

CLAC program provides up to $10,000 to hire first-year apprentices