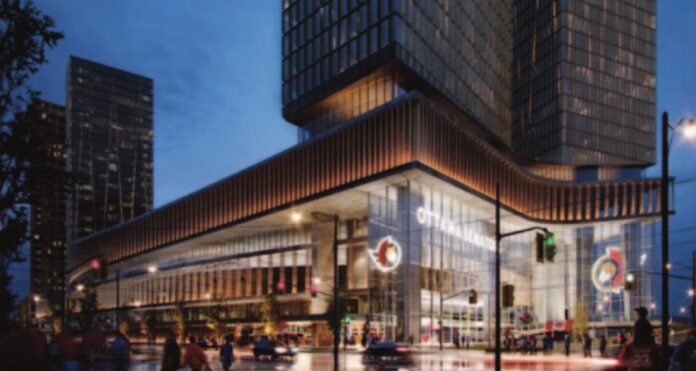 The National Capital Commission (NCC) and the Ottawa Senators have signed a memorandum of understanding (MOU) for the development of a major event centre at LeBreton Flats.

Along with an NHL hockey arena and events venue the plan includes mixed-use development located on Albert Street between Preston Street and City Centre Avenue.

This site was identified for a potential major facility in the 2021 LeBreton Flats Master Concept Plan, reflecting the feedback of the more than 5,000 people who participated in public consultations during the creation of the Master Concept Plan.

According to a NCC news release, the downtown events centre would be surrounded by mixed-use development and would be located within walking distance of multiple stations on Ottawa’s new downtown LRT line. 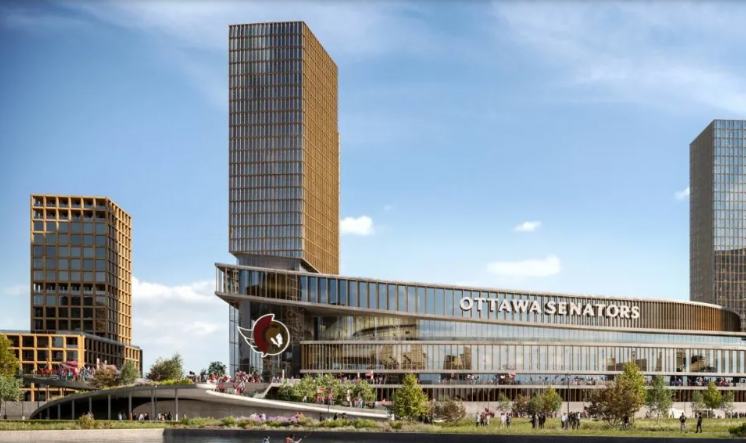 The funding specifications of the proposed development are unknown at this time, as is a projected total cost figure. The NCC said it would work with the Senators “toward the goal of signing a long-term lease agreement by the fall of 2023.”

“Today’s announcement marks a significant move toward our long-term vision, a downtown arena at LeBreton Flats,” Senators president of business operations Anthony LeBlanc said Thursday. “We believe that this development will have a major impact on both the National Capital Region and our franchise, one that will help to shape the future of the city.” 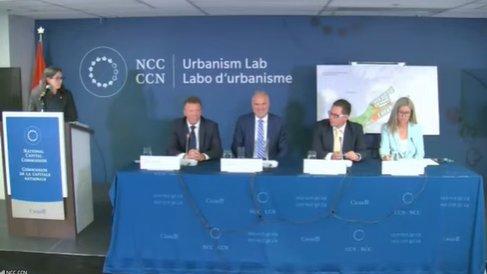 The Senators have played at the Canadian Tire Centre in Kanata, a western suburb of Ottawa, since 1996. The existing facility is located far out of the range of the city’s existing rail lines but can be accessed via the Queensway and OC Transpo buses.

The Canadian Tire Centre is the NHL’s sixth-oldest arena (not including Climate Pledge Arena and Madison Square Garden, both of which have undergone massive interior renovations). During the 2019–20 season, the Senators averaged just 12,618 fans per game in Kanata — the lowest attendance figure in the NHL.