A team lead by Pomerleau Inc. has won the contract for two Toronto-area renovation projects with Infrastructure Ontario (IO) and the Ontario Ministry of the Attorney General.

IO and the Ministry of the Attorney General have awarded a fixed-price contract to Trans/FORM to design, build and finance the Brampton Courthouse Addition Phase 2 and Toronto Region Bail Centre project.

The contract is valued at approximately $82.3 million, which will be paid upon achieving interim and substantial completion. This figure does not reflect the total project cost.

The A. Grenville and William Davis Courthouse in Brampton is the busiest courthouse in the province. To address the current and growing courtroom pressure, a two-phase project to build an addition to the existing courthouse building was approved in 2016-17.

Phase 1 of the Brampton Courthouse Addition was completed in spring 2020, including construction of a six-floor addition, and fit-out of the basement and floors 1 and 2.

The Phase 2 project involves the fit-out of the remaining shelled floors of the addition (3-6), as well as the partial renovation of the existing courthouse and adjacent Land Registry building.

Construction will include renovation and retrofit of some spaces required to accommodate the bail functions, including administration space, the addition of in-custody interview cubicles, and other minor modifications to support the new bail centre and provide digital connectivity to other locations. 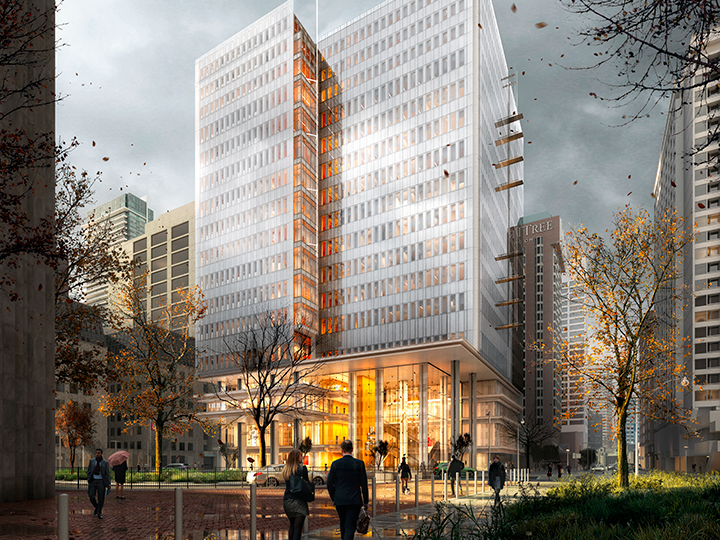 Once completed, the courthouse will operate as a regional bail centre equipped with the technology required to deliver modern, accessible justice services and interconnectivity with the new Toronto courthouse.