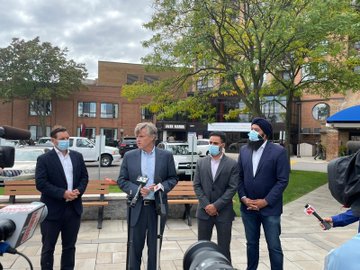 Two new long-term care homes opened recently — one in Arnprior and the other in Brampton. Both facilities were built under the province’s new Long-Term Care Modernization Plan.

Also, the Grove Nursing Home was official opened last week in Arnprior and residents are expected to start moving in this fall.

In total, the facility will provide 36 new and 60 upgraded beds with specific design improvements including semi-private and private rooms, no ward rooms, larger common areas and air conditioning throughout.

The Grove was built on the Arnprior Regional Hospital property, expanding care for residents.

The province says it will contribute $2.68 billion for new and renovated long-term care buildings, including $933 million for 80 new long-term care projects that was announced in past March.