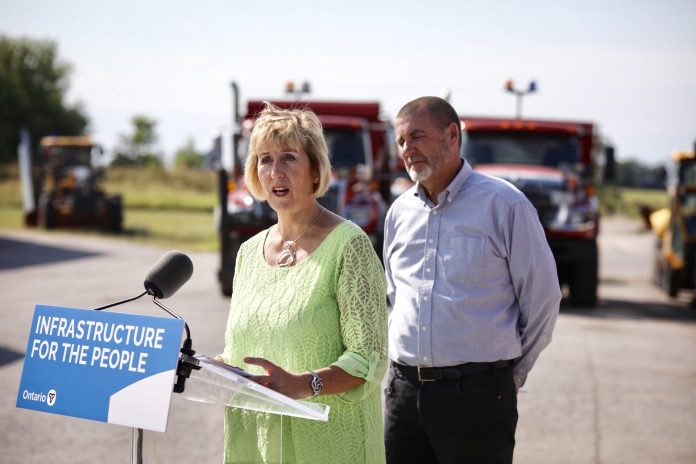 Ontario’s Minister of Infrastructure Laurie Scott was in Kawartha Lakes on August 16, to announce $790,000 in funding to upgrade the city’s transit infrastructure.

The money will go toward five new buses, routes, and stops, as well as accessories like bus-mount bike racks and more mike routes. A brand new transit hub is included in the package, which will also help to expand Lindsay Transit’s bus maintenance facility and improve transit software.

Lindsay, the main population centre in the City of Kawartha Lakes, currently has three bus routes.

The project has been nominated under the Public Transit stream of the Investing in Canada Infrastructure Program (ICIP). Kawartha Lakes joins the ranks of 56 other new transit projects outside of the GTA and Hamilton area to be nominated for the funding.

Projects nominated in Ontario get passed to the federal government for approval, as per ICIP’s cost-sharing structure. Some projects could begin as soon as fall of 2019.

“Ontario is ready to get shovels in the ground and get people moving,” said Scott. “With our plan, businesses, families and workers can count on an Ontario that will move faster than ever before.”

“We’re continuing to work with municipalities to make smart investments in our roads and local transit services that keep them reliable for workers, families and businesses,” said Caroline Mulroney, minister of transportation.