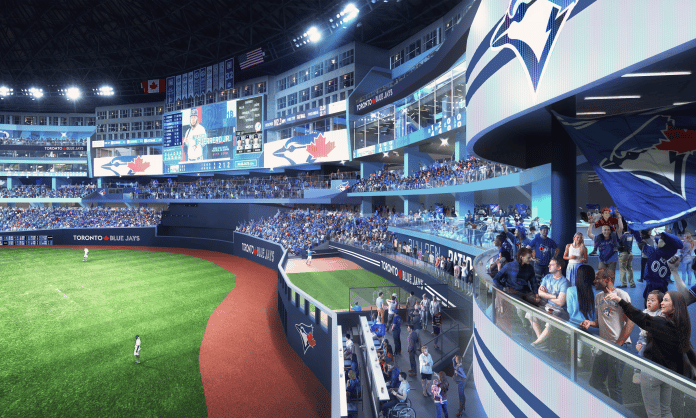 The first phase of a massive $300-million renovation at Toronto’s Rogers Centre were released last week. The Toronto Blue Jays announced the privately-funded project that will begin during the upcoming off-season. 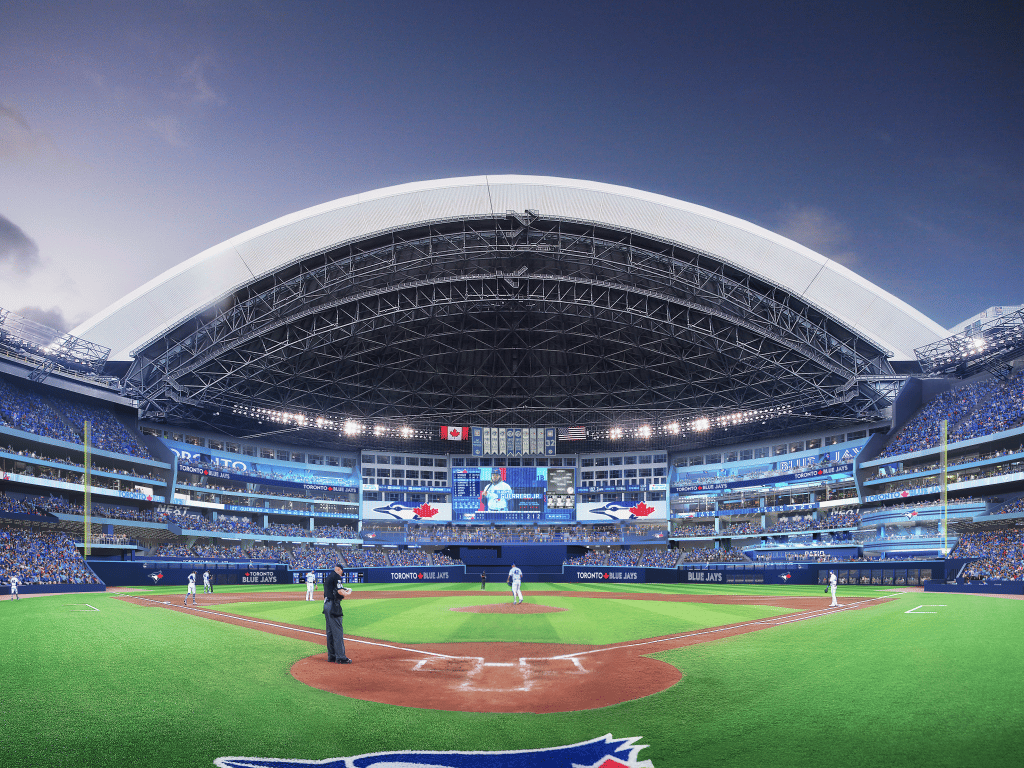 While the full renovation includes a complete overhaul of the 33-year-old building’s lower bowl, this winter’s work will focus primarily on Rogers Centre’s outfield.

Highlights of the renovation include:

The construction goal is to create an environment similar to a player development complex recently opened in Dunedin, Florida.

The Rogers Centre renovation is being designed by Populous, the same architectural firm that designed the club’s new Dunedin facility.

Work will be completed in several phases over the next two to three years, pausing during baseball seasons.

Renovation plans for the 2023-24 off-season will focus on the infield portion of the 100-level, field-level premium spaces, clubhouses, and player facilities. The club is not currently planning to upgrade Rogers Centre’s roof, exterior, or turf.