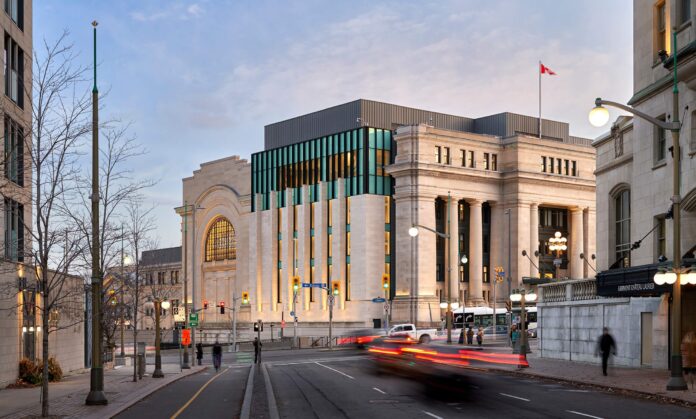 Diamond Schmitt and KWC Architects will receive a 2021 International Architecture Award for the design of the Senate of Canada Building in Ottawa. The award will be presented Sept. 10 by The Chicago Athenaeum: Museum of Architecture and Design and The European Centre for Architecture Art Design and Urban Studies.

The Senate of Canada Building received top honours in the Government Buildings category, one of 130 projects chosen for the 2021 International Architecture Awards from the final shortlist of 450 projects. 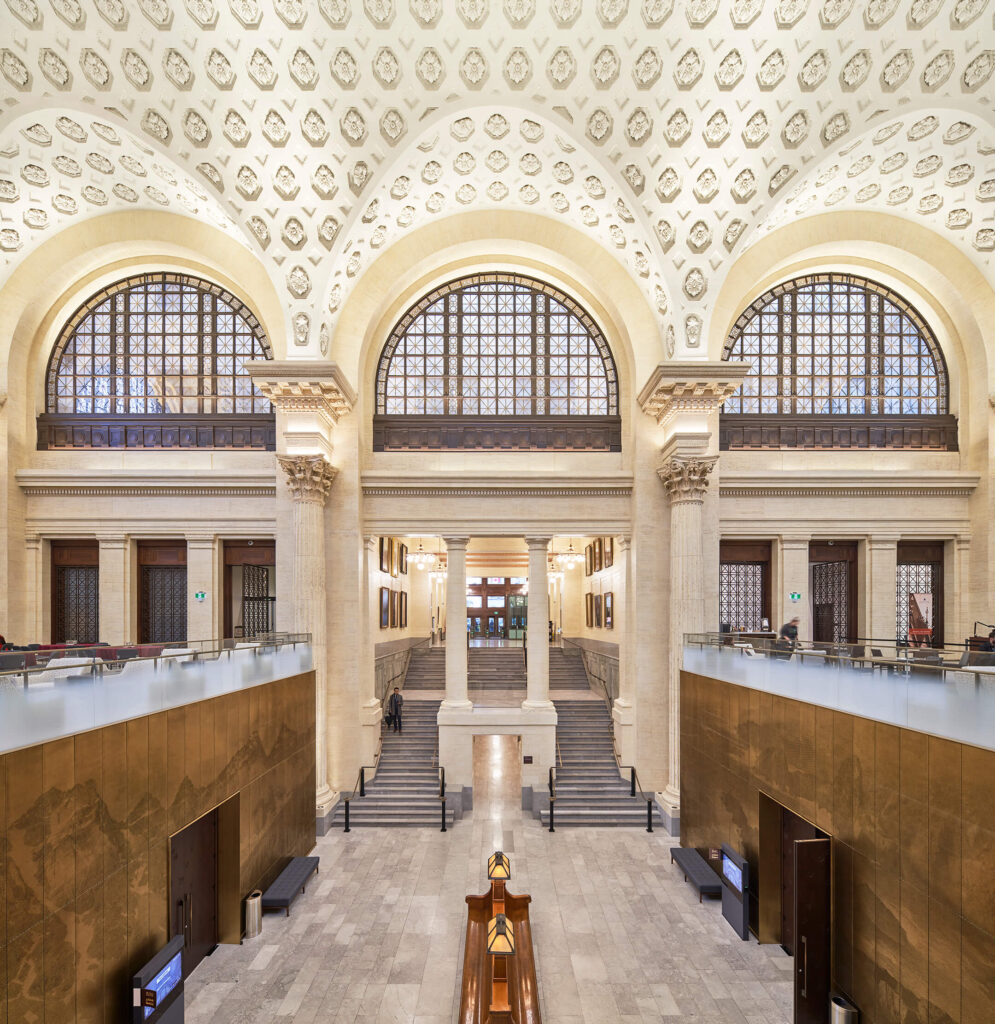 Diamond Schmitt transformed one of Ottawa’s most important cultural and historic landmarks, the former Union train station, into a home for the Senate of Canada.

“We are thrilled that our design of the Senate of Canada Building has received an International Architecture Award from the European Centre and The Chicago Atheneum. It’s especially wonderful when Canadian excellence is recognized globally by our peers,” said Don Schmitt, principal at Diamond Schmitt. 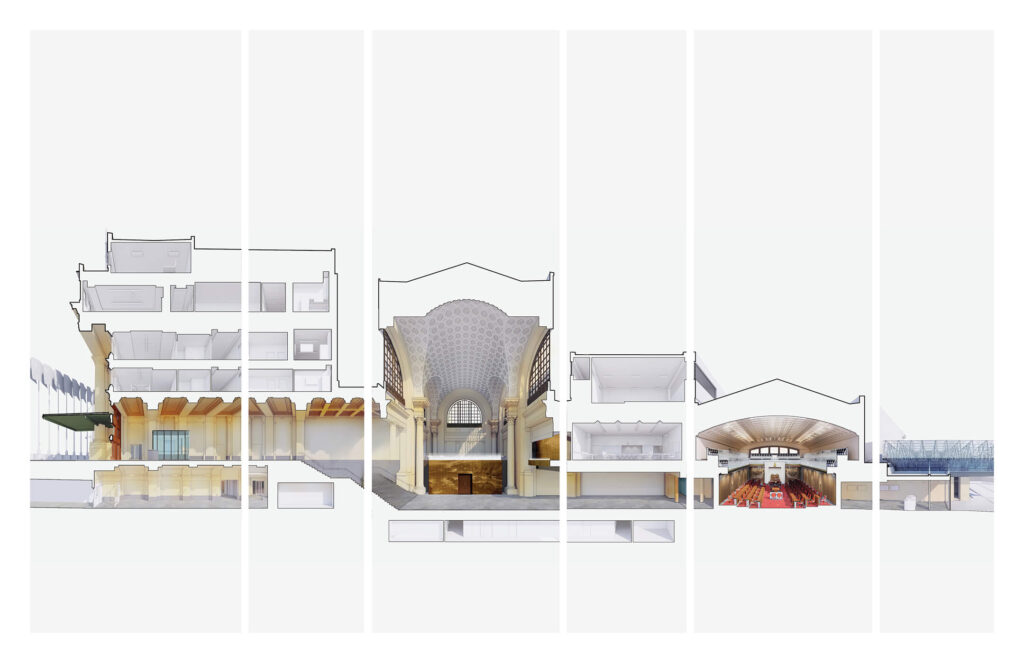 The project, completed in 2019, included a challenging set of opportunities, he said, including:

The project “embraces innovative and inclusive/collaborative approaches to craftsmanship and fabrication, invokes a contemporary approach to new interventions, and both complements and juxtaposes the character-defining elements of the original building.” 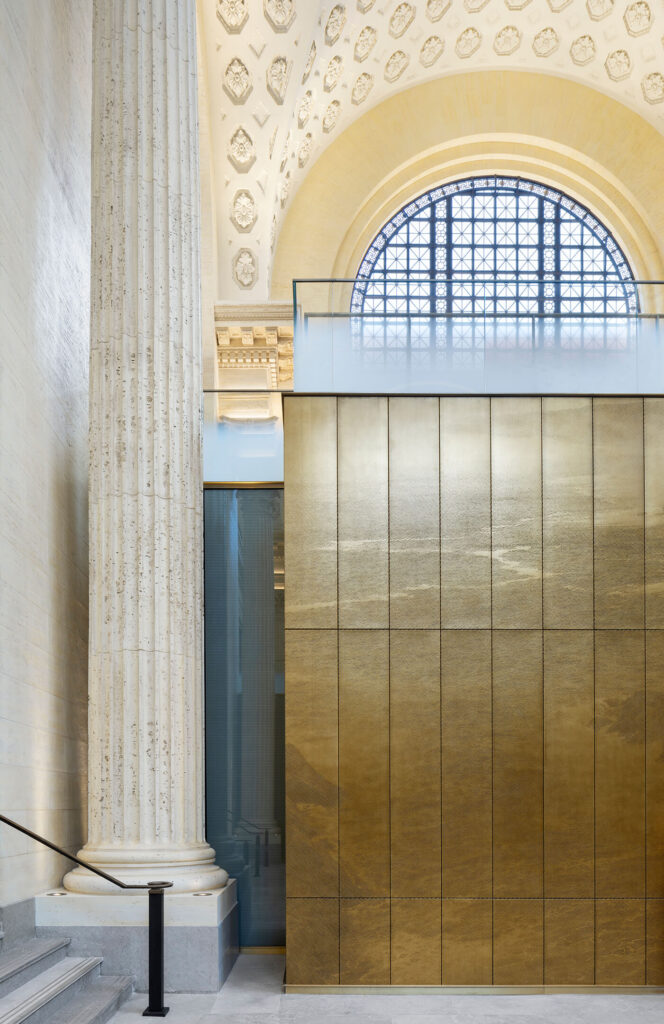 Schmitt says new approaches to techniques, technologies, fabrication, craft, procurement and implementation were used, stretched from the deployment for the first time in North America of new technologies to save and consolidate the extraordinary plaster ceilings of the General Waiting Room and Concourse to the introduction of thin Kevlar bands to provide structural reinforcement to existing steel beams.

The International Architecture Awards are the largest and most extensive global architecture awards program in the world, honouring new skyscrapers, commercial buildings, urban plans, private residences, and real estate projects that achieve a high standard of excellence in design, construction, planning and sustainability.

The ceremony will be held near the Acropolis in Athens, Greece. On the same day, the presenting partners will open a special exhibition, “The City and the World,” at The Contemporary Space Athens. Diamond Schmitt’s winning project will be featured in this exhibition.

With offices in Toronto, Vancouver and New York, Diamond Schmitt designs include the National Arts Centre in Ottawa; Buddy Holly Hall of Performing Arts and Sciences in Lubbock, Texas; and Mariinsky II in St. Petersburg, Russia.