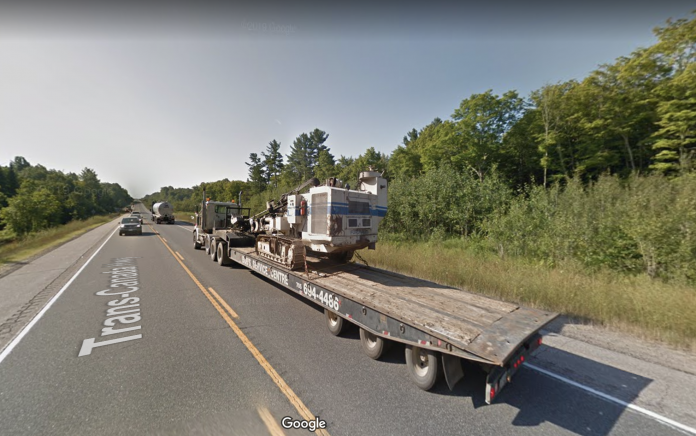 Ministers of Parliament Marc Serre and Paul Lefebvre were in Sudbury on May 21 to announce federal funds to four-lane a 30 kilometre stretch of highway 69.

The highway has been transitioning from two to four lanes over the past 20 years When the proposed work is completed, only 38 kilometres will be left at the two lane width.

The first project involves twinning and realigning an 11-km stretch of road from north of Highway 559 to south of Shebeshekong Road. A new interchange at Woods Road and building new service roads to improve access for local drivers will also be included, as well as installing 14 culverts and 22 kilometres of fencing to keep animals off the road’s surface.

The second project involves expanding a 19.3-km section of the highway to a divided four-lane highway, with new bridges over Still River, Key River and Straight Lake.

Present at the announcement on Tuesday was Rick Bartolucci, who has been advocating for the road to be widened since he was a municipal councillor in 1979, and further since he came into provincial public office in 1995. Bartolucci helped create the CRASH (Communities Rallying Against Substandard Highway) 69 committee, a group that drew awareness to the need for the notoriously dangerous road to be four-laned.

He said he was proud of Serre and Lefebvre, who he says have been relentless in seeing the money for the stretch of road secured. “We have great news to look forward to as we look to the completion of highway 69,” Bartolucci said.

Since 2005, the provincial government made the project a priority, securing $900 million to widen the road between Perry Sound and Sudbury, and managed to complete all but about 68 kilometres of the distance.

Representatives from Pioneer Construction and Teranorth, two companies who’ve won previous contracts for widening 69, were at the May 21 announcement.

Though road work is the domain of the provincial government, the recent round of funds is to be secured through federal infrastructure programs as the two levels of government partner up to see the project completed.

Highway 69 is a major north–south highway linking highway 400 north of Parry Sound to Sudbury at Highway 17. It is part of the Trans-Canada Highway.

Through Bartolucci’s research, he discovered that a 1974 feasability study ordered by the province concluded that, “the existing Highway 69 route in the study area does not have sufficient capacity to serve transportation demands over the next 20 years. This conclusion is based on the premise that the movement of goods and people will continue to increase along projected growth trends.” It was over 25 years later that the province began the widening process.