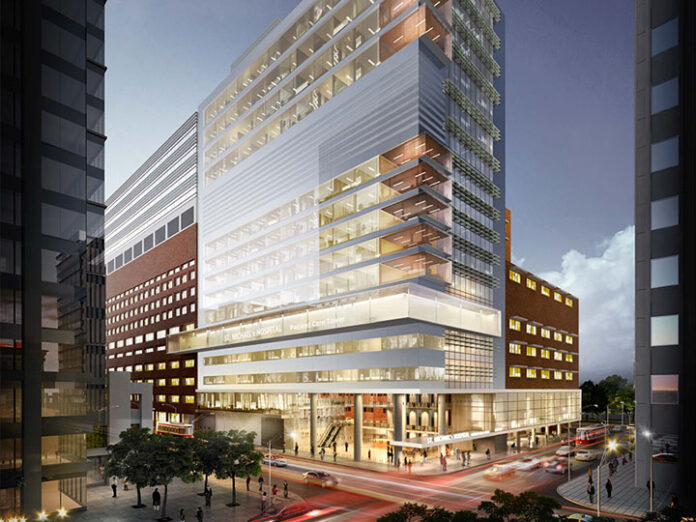 In an extensive story based on 10,000 pages of unsealed court documents, the newspaper outlines the business relationships behind the $300 million project that “is mired in protracted delays.”

The documents arise out of a lawsuit by Zurich Insurance Company Ltd., which is seeking to revoke surety bonds which it needed to cover when Bondfield collapsed into bankruptcy in 2019, resulting in the largest surety claim in Canadian construction history.

Zurich alleges that Georgiou “received kickbacks, including free home renovations, and ‘secretly obtained’ shares, worth at least $500,000 in companies owned by Mr. Aquino, the newspaper reported in an April 16 front page article.

The Toronto newspaper has been embroiled in the Bondfield/St. Michaels story since 2015, when its reporters received brown envelopes urging them to investigate the relationships between Georgiou and Aquino – which pre-dated his arrival at the Toronto Hospital after he was fired as chief administrative officer of Infrastructure Ontario (IO), the agency responsible for all of the province’s major public-sector construction projects. The Globe and Mail reports that he lost his IO job “after he was implicated in a fraud at Toronto’s York University.”

Georgiou launched a $125 million libel lawsuit against the Globe and Mail and a wrongful dismissal action against the hospital after he was fired when the newspaper’s exposé came to light. The hospital has settled the wrongful dismissal action with Georgiou. The libel suit with the newspaper “has been effectively dead” since Bondfield filed for bankruptcy protection, the Globe and Mail reported.

“Now, a recently established investigative agency of police officers and prosecutors, Ontario’s serious Fraud Office, has launched a sweeping probe into Mr. Aquino, Mr. Georgiou and the procurement,” the newspaper reported. “Both Infrastructure Ontario and Unity Health Toronto the network of hospitals that includes St. Michael’s, said in separate statements that they are co-operating with the police.”

The newspaper says it won a court order on March 19 for the records uncovered by Zurich to be released.  Aquino, Georgiou and Unity Health opposed the disclosure.

The newspaper reports that Zurich alleges the unsealed evidence shows:

“Mr. Georgiou denies he tipped the scales in favour of Bondfield,” the newspaper reports, also observing that the Bondfield/St. Michael’s procurement was reviewed independently and confirmed as compliant.

The newspaper reported: “Mr. Mendonca declined to answer a list of questions from the Globe about why he continued to engage with Mr. Georgiou after he was fired. But in an e-mailed statement, he said he conducted himself ‘in a completely ethical and professional manner in all aspects’.”