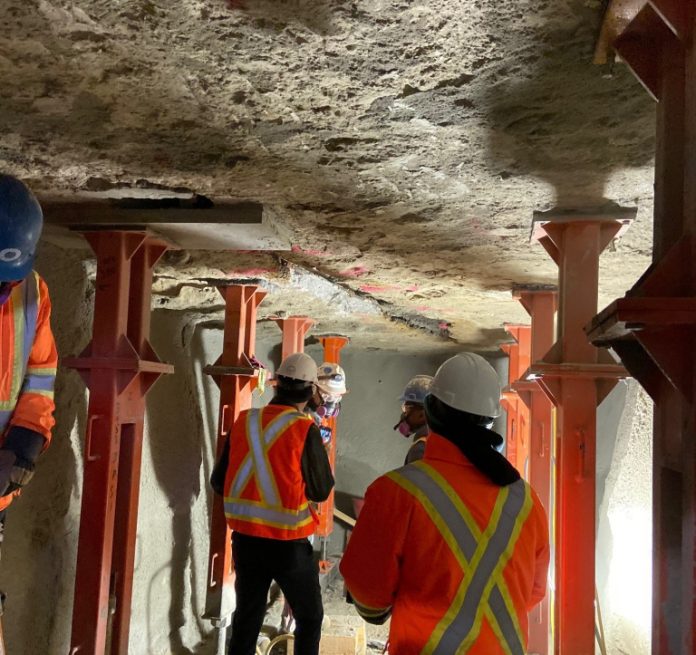 A defect found under the TTC station box at the Eglinton subway station will delay the Eglinton Crosstown LRT for about a year.

In a statement released Tuesday, Metrolinx CEO Phil Verster said the defect must be fixed before the project can be completed.

“Metrolinx, Infrastructure Ontario, CTS (Crosslinx Transit Solutions), and the TTC have been seized with addressing this defect and although a way forward has been determined, the station will be delayed further,” Verster said.

The Eglinton Crosstown was expected to open in fall of next year but Metrolinx now says it will be “well into 2022.”

“Metrolinx and Infrastructure Ontario are not making any precise predictions of the project completion date at this point, simply because CTS must prove to us that they can achieve the new production rates they say they can achieve. It is important to note that the project remains within budget,” Verster said.

“We will keep the public apprised on a consistent basis over the next two years on how work is progressing.”

Once completed, the Eglinton Crosstown will run 19 kilometres and have 25 stations from Mount Dennis in the west to Kennedy in the east. The Science Centre stop will also be the northern end point for the proposed Ontario Line.

Construction started in the summer of 2011 and has been a headache for residents and drivers trying to navigate their way around the area, especially at the high traffic intersection of Yonge and Eglinton.

“We will keep the public apprised on a consistent basis over the next two years on how work is progressing,” Verster said in his statement.

“Ultimately, our goal is to deliver more transit to the region as quickly as possible without compromising safety or quality. Like all transit riders in the region, we are disappointed that the Eglinton Crosstown LRT will not be operational in September 2021.”