Let us begin by asking something you probably do not know – but feel you should know.

Which is the third largest city in Russia and where is it located? The answer my friends is blowing up the 8 km.-wide Ob River that runs besides this city, which carries nearby, some of the gas flares of the oil fields of Gazprom, the third largest company in the world.

The third city, called Novosibirsk (New Siberia), with a population of 1.6 million, is located in the geographic middle of the east-west axis of Russia, on the Trans-Siberian Railway.  If one boards a train in St. Petersburg and passes through Moscow, then onto Novosibirsk, the full trip to Vladivostok on the Pacific Ocean (10th sized city) will take 9,900 km, about three times the distance of New York to San Francisco.

Siberia’s immense size is difficult to grasp. What draws our attention, is that the natural gas in the Novosibirsk area which escapes during oil drilling (as a by-product) is burnt off as waste. The quantity of natural gas being flared this way is enough to supply an entire high-demand, large, American city.

Greta Thurman would be shocked not only at the wastage or the resulting pollution, but also at the estimated 26 billion cu. ft. (1) of methane gas escaping from these oil wells each year.  As a heat-trapping gas, methane is 20 times more potent than carbon dioxide. This segue ways into the next “what you probably don’t know” issue: methane in Siberia.

The amount of methane in Siberia’s lakes is said to be 10 times as much as the earth’s atmosphere holds now. Global warming has methane bubbling out of these frigid lakes at such a rate, currently, that the lakes do not freeze, despite -400C temperatures. Methane is stored under the huge land mass of Siberia, which when permafrost thaws, will put 75 times as much carbon into the atmosphere as does the current burning of fossil fuels1.

Next, we segue way into the real purpose of this paper: Most businesses and most humans don’t acknowledge the serious environmental trouble we are in now. They don’t know that global warming by fossil fuels is the trigger to release the much larger and more dangerous methane monster.

The conclusion to be arrived at is that we cannot wait. We better start doing something about it now. My biggest fear is that we are facing a hockey stick projection such as in the example on the next page – the growth of the world’s population from 4,000 BC to 2,000 AD. In 1,000 AD with 300 million, the population rise was clear and ‘knowledgeable’ projections would put the 2,000 AD projection at 1 billion, not 6 billion.  See chart below (1).

Intuitively, I fear the atmospheric change will follow such a pattern – as have other events. 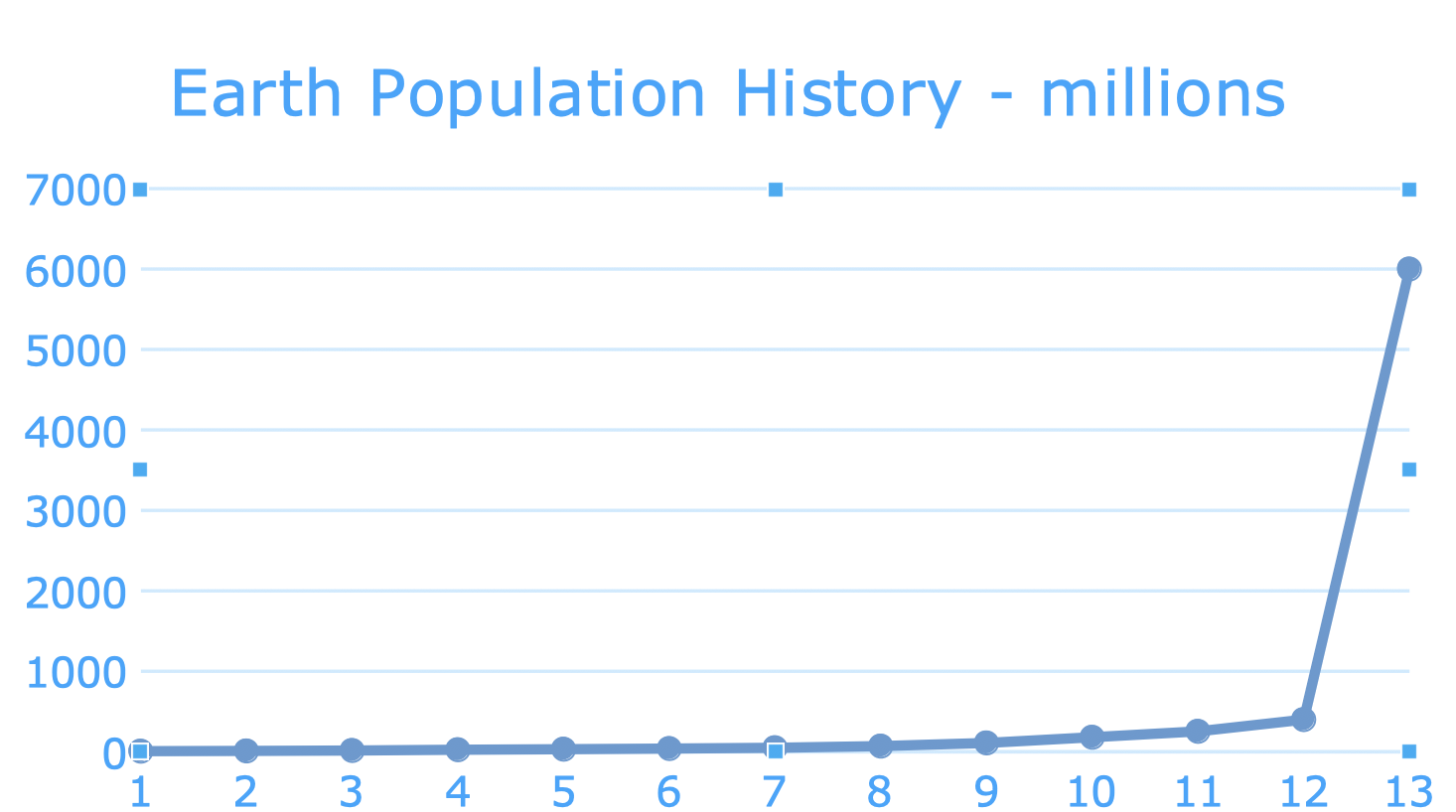 Even with the bleak picture painted above, I realize it is unreasonable to expect that most of us would voluntarily, and suddenly, change all our well-worn living habits. Despite Greta’s pleas, you’re not about to line your roof with solar panels.

But what if there is something you can do now that will not inconvenience your living patterns?  I would like to suggest 10 actions that are completely doable by anyone and would have you takes steps towards mitigating our environment Armageddon – right now. 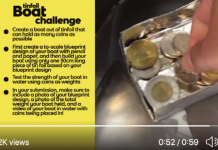