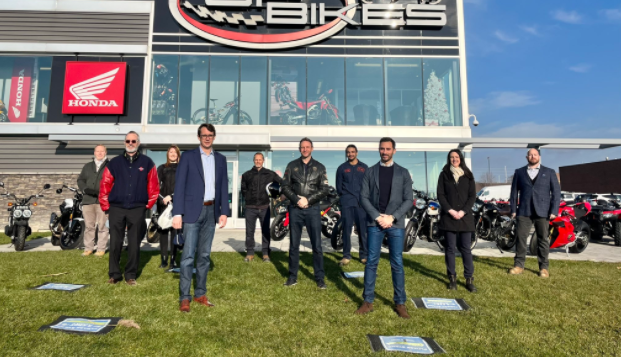 The report includes several recommendations aimed at solving the shortage of skilled workers Ontario is currently facing. Funding will help attract more students to careers in the trades and ensure employers have the workers they need to grow their businesses and drive our economy.

“Today’s announcement demonstrates a strong commitment by the Ontario Government to strengthen the trades training system by placing added investment to bring more youth into this vital sector of the economy. Minister McNaughton has shown tremendous leadership in advancing trades training at the youth level – a cornerstone of the skilled trades,” said Jim Hogarth, president, Provincial Building and Construction Trades Council of Ontario (PBCTCO).

The Ministry of Education is planning professional learning opportunities for teachers, including guidance counsellors, so they can become more knowledgeable about the skilled trades. By promoting pathways that lead to the skilled trades and focusing on the skills needed by students to compete in the global economy, Ontario is helping to prepare students for success in the real-world.

“When you have a job in the skilled trades, you have a job for life,” said Monte McNaughton, minister of labour. “Ontario’s trades are the backbone of our economy. More young people need to know that a job in the trades opens doors to bigger paycheques, with a pension and benefits. The trades can be their ticket to building a better life, strong family, and a stronger community for us all.”

A new promotional video and advertising campaign targets students with more information on the skilled trades and starting this fall, Ontario will host annual skilled trades career fairs across the province.

The government is also investing an additional $2.9 million, for a total of $20 million annually, to expand the Ontario Youth Apprenticeship Program (OYAP) and provide more opportunities for students. OYAP now has 63 recruiters at more than 800 secondary schools.

“Our government is equipping students with the job and life skills that will help them gain access to meaningful and well-paid employment,” said Education Minister Stephen Lecce. 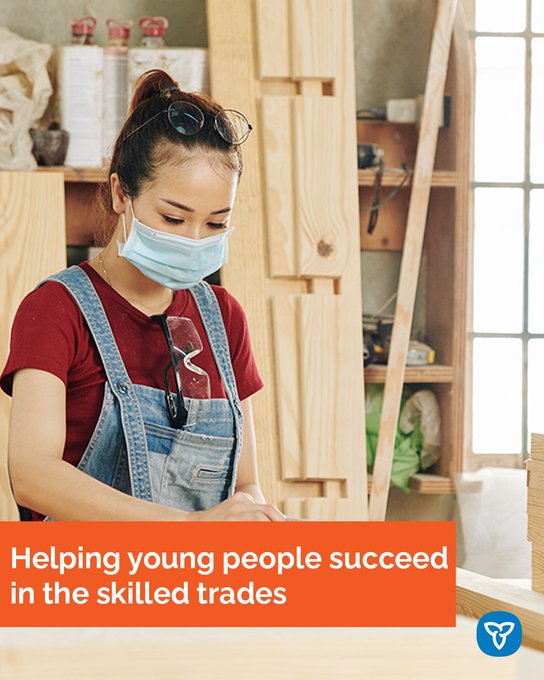 “We have introduced a new math curriculum that focuses on financial literacy, coding, and entrepreneurship, while expanding the Ontario Youth Apprenticeship Program so that young people have a direct pipeline to good jobs in the skilled trades.”

By 2025, it is estimated that as many as one in five jobs in Ontario will be in the skilled trades, but the average age of people entering the trades is 29. At the same time, a third of tradespeople are nearing retirement, meaning the province is projected to face a shortfall of 100,000 construction workers over the decade.

To encourage employers to take on more apprentices, the province’s investments in achievement incentives and pre-apprenticeship training will increase to over $77 million annually, starting in 2022-2023. The achievement incentive will also focus on hiring apprentices from underrepresented groups, including women, BIPOC people, newcomers, Francophones and people with disabilities. Pre-apprenticeship program participants can also receive living allowances for costs like rent and childcare.

“The announcement today on skills development and promotion in schools will make careers in the skilled trades more visible, particularly for those who have historically been under-represented in our industry. We applaud the Minister’s foresight with these announcements,” he said.

Ontario will be accepting applications later this month for funding to develop and deliver pre-apprenticeship training projects.

“On behalf of the Labourers’ International Union of North America (LiUNA), we commend the ongoing commitment of Minister Monte McNaughton to strengthening career building opportunities in the skilled trades,” said Joseph Mancinelli, LiUNA International vice-president and regional manager of Central and Eastern Canada.

“With a significant focus on empowering our future workforce, it is imperative that we work collaboratively to enhance education and exposure into the skilled trades at an early age and highlight the vast opportunities and benefits of this viable career path.

“These strategic investments in Ontario’s workforce will continue to advance innovative outreach, training, and mentorship programs to respond to growing labour demands and spur economic development throughout the province.”