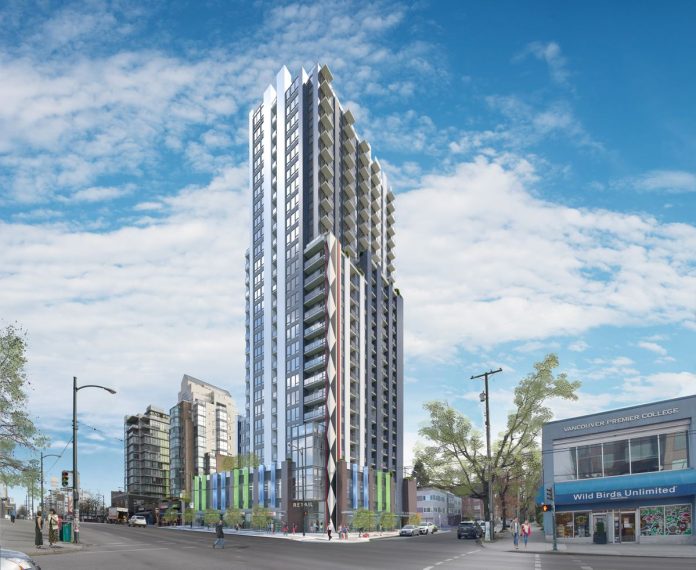 An experimental rental-incentive program in Vancouver has led to one of the city’s most controversial public hearings and a razor-thin approval for a 28-storey rental tower on the city’s Broadway corridor, The Globe and Mail reports.

The newspaper quoted the city’s mayor Kennedy Stewart as saying that the program should be made permanent because council and the public have demonstrated steady support for the idea.

“This is showing that this should be a permanent fixture now. (What we’ve approved so far) shows they can fit into all neighbourhoods,” Stewart said on July 22, the day after the decision. The structure, the ninth project approved under the pilot program, showed the limits of  what council is willingness to approve, he said.

The planned building at Broadway and Granville will be the site of one of the new subway line stations. The question: will the new tower set off a brush fire of gentrification or save low-cost apartments in the area.

A long-time local development family, the Pappajohns, plans to build the tower, one of 20 buildings that are part of a pilot project that the previous Vision Vancouver council created as it looked for ways to produce at least some apartments guaranteed to have below-market rental rates, the Globe and Mail reported.

Under the program, developers were invited to suggest ideas for how to achieve lower rents, starting at $950 for studio apartments, for 20 per cent of the building’s floor space. New studios in Vancouver typically rent for $1,700 a month and up, and even older ones are considerably more than $950, the newspaper said. The solution: more density.

The Pappajohn site had earlier received   approval for 17 floors of straight market-rate apartments. The controversy arose because of its height – 14 floors higher than the tallest of eight other projects already approved in the special pilot. With that extra density, the developer promised 58 apartments out of 258 would be rented at the below-market rates.

However, area residents worried the building would kick off a wave of higher rents in their relatively low-cost area.

Independent councillor Rebecca Bligh and left-leaning COPE’s Jean Swanson said they had heard recently that, for every one affordable apartment being built locally, three older low-cost apartments are being lost.

The tower “will create more pressure for higher rents elsewhere,” Swanson told the newspaper, adding that’s what happened to the Downtown Eastside after the Woodwards project – a combination of subsidized and market housing – was built.

However, project supporters say the new supply would actually help prevent local tenants from being evicted, because the additional apartments would give people more options than just bidding up existing units in the popular area.

University of British Columbia geography professor Elvin Wyly, who specializes in studying gentrification, said a single project such as the Broadway tower is not going to halt or spur gentrification on its own, the published report said. “He said the whole region is gentrifying relentlessly because of the enormous pressure for land and housing that has become a feature of the Lower Mainland,” the Globe and Mail reported. 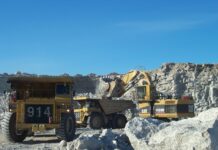