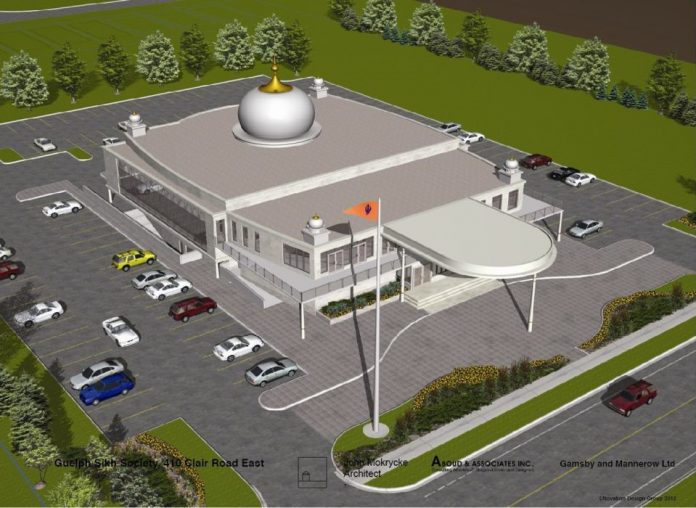 After several delays over the past 10 years, a Sikh temple in Guelph should be completed and open for worshippers early next year, says the city’s Sikh Society.

Spokesperson Dr. Ravi Rai says carpets, stairway railings and segregation walls have been ordered and should be installed in the next three weeks.

It’s been a decade since the building was approved, but progress was stalled by changing builders after the project started and a challenge from a residents’ group trying to block construction of the temple located in the middle of a residential neighbourhood.

The Westminster Woods Residents’ Association began an Ontario Municipal Board challenge against the building, but the challenge never happened. According to various media reports, concerns included inadequate parking on the temple site, traffic hassles, and architectural asymmetry from the surrounding homes.

The Sikh community was optimistic the project would begin shortly after the challenge was dropped, but designing, planning and weather challenges caused additional delays.

In 2009, the projected cost was approximately $5.5 million and have jumped to $10 million, Rai said.

Rai told Guelph Today that there’s one thing that empowers the team to keep pushing through toward the end of the project – the dream to “create a purpose-built Sikh temple that will serve many generations to come.”

Guelph has a population of more than 500 Sikh families. The new temple will feature a school, sports field, hall for events, kitchen and other spaces.

The building is made with stone and steel structures and it resembles a ship.

Rai says the design idea symbolizes “a ship carrying everybody together irrespective of caste, creed or religion.”