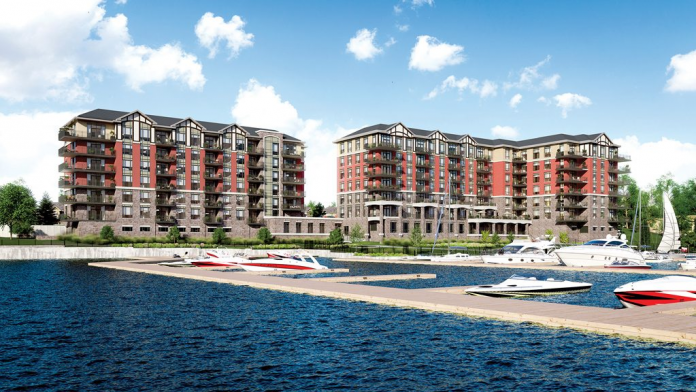 After what sometimes seemed insurmountable obstacles, structures are going up on Stone and South on the River, a luxury condominium development on a waterfront lot in Gananoque.

The building site, next to Thousand Islands Playhouse in the picturesque town, has been the subject of contention from area residents as plans for the building moved forward. However, concessions were made and the project is now moving forward.

The site will now include 70 units in two separate buildings – down from the originally planned 125 units which were to be housed in a single tower.

Add to that the difficulties of building on a waterfront property, and stakeholders on the project are relieved to see it moving forward.

The project is by Kingston-based CaraCo, who began excavation and seawall installation in deep winter in order to see the project moving along swiftly. The project had wildlife conservation concerns to get around, and worked to minimize disruption to neighbouring properties.

Builders also considered the historic nature of the neighbourhood and the playhouse, and chose brick and stone in earthy tones that complement each other and the project’s surroundings.

Each of the 70 units faces the water, so all owners will bask in the view of the St. Lawrence. Amenities include 8-foot-deep balconies, a party room, boat slips, a fitness area, and available concierge service. 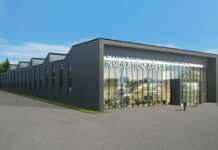 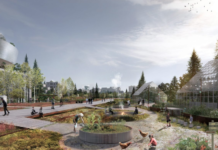 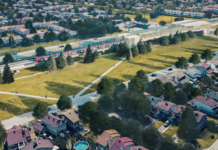 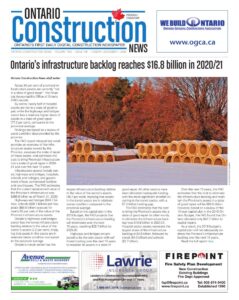