A London company has been chosen to build the Brant Community Health Hub in Paris.

Brant County councillors voted last week to award a $10.6 million contract to Norlon Builders. The company submitted the lowest of seven bids received by the county for the project. The highest bid was just under $12 million.

“This is going to be a great project and a game changer for the residents of our community,” Coun. Steve Howes wrote on Twitter after the virtual meeting. “Many local people, county staff past and present (and) council members have contributed to getting this project to this exciting stage.

“As well all move forward into our post-pandemic lives, I know that health is going to be a top priority for everyone and this is a strong step in that direction.”

Councillors called the project fantastic news for the community. Critically, the facility will enable the County to attract and retain physicians, who currently have limited facility options in the County. 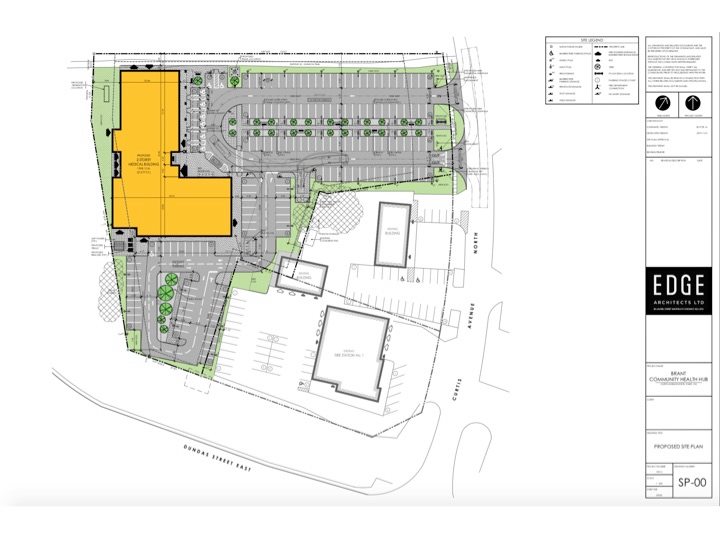 Other recent projects include 340,000 square feet of buildings for Western University including their Academic Nursing, Engineering and Physics & Astronomy buildings with a combined construction value of over $100 million.

Plans include a 42,000-square-foot community health hub to be built on Curtis Avenue North in Paris.

Site work is expected to being in July and last until spring or early summer 2021.

However, a staff report advised that COVID-19 continues to impact services and supplies in all sectors of the economy including construction and it may impact construction plans for the health hub.

Construction of the health hub will result in increased traffic in the area, the staff report concluded.

The Cedar Street project has been pushed to 2021 because the opportunity for public input for the work had been missed.