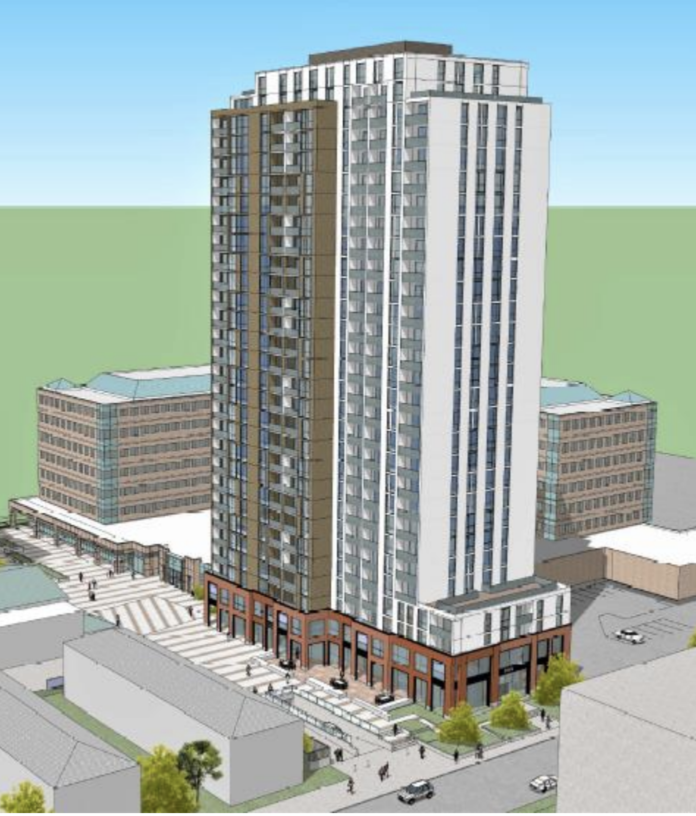 LaSalle Investment Management has filed documents at Ottawa City Hall outlining plans for a residential development at the current Holland Cross office building site near the federal government’s Tunney’s Pasture offices, which themselves are likely to experience a major expansion in the years ahead.

The application for 1560 Scott St. describes a proposed 300,000 sq. ft., 29-storey structure with 337 rental units and ground-level commercial space at the complex’s southeast corner. Currently, there are two-eight story office buildings (constructed in the 1980s) managed by Ottawa-based Colonnade Bridgeport.

Lasalle had filed plans in the middle of the last decade for an additional 12-story office structure on the site but it says in the planning documents filed on Sept. 9 that “changing market conditions” caused it to abandon the project.

Now the builder indicates it believes the site is more suitable for residential purposes. The site is about 250 metres from the Tunney’s Pasture LRT station. Ottawa Business Journal reports that the federal government is considering adding millions of square feet of office space as part of its plan to redevelop the property.

“The provision of a primarily residential use building on a large underutilized property consisting of office and commercial type land uses achieves the mixed-use objectives for this major node along the city’s Confederation LRT line,” the documents say.

“Tunney’s Pasture is also the location of a major government employment campus and is bound to the north by a robust network of multi-use pathways and open space, all of which provides further justification for the introduction of nearby high-density residential use.”

The site is currently zoned for sites as tall as 18 stories, so it will need a rezoning for the project to proceed.

The developers, reflecting the site’s location near the city’s LRT line, propose only adding 33 additional parking spots for visitors to the existing two levels of underground parking that can currently accommodate about 780 vehicles. However, LaSalle proposes to add 169 bicycle parking spaces. 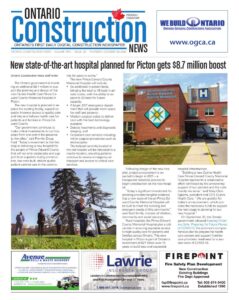