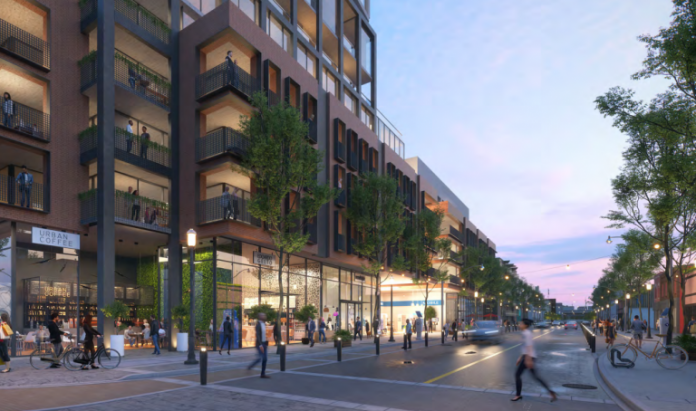 With Barrie designated as one of the province’s place to grow communities, this city on the shores of Kempenfelt Bay is under intensification orders that will see it literally grow up over the coming decades.

Under the provincial growth plan, Barrie is forecast to grow by an additional 107,000 people by 2041, bringing the number of people calling Barrie home to a forecast of 253,000. The city is also supposed to have another 53,900 jobs to employ all those newcomers. It means more intensification within existing boundaries and high-rise developments, as the city grows up rather than out.

The City’s master plans and official plan all tie into those growth and density targets, and also support the timing and cost of the development and the infrastructure needed to support growth.  It’s not going to happen all at once, but it’s not an abstract concept being delayed until later. Intensification is happening now.

Here’s a look at how Barrie is growing up under intensification in the downtown zone:

“The retirement residence will provide active uses at-grade, robust streetscape enhancements, and inject significant new life into the downtown by introducing hundreds of new residents to the area who will support, and be supported by existing businesses,” according to the Planning and Urban Design update.

Residential developments, including apartment buildings, are planned for sites across the city, but intensification measures are most apparent in the downtown core, for now at least. It won’t be long before other areas of the city begin to see the impact of intensification, with the City having identified intensification corridors.

The study assessed Barrie’s capacity for meeting growth targets in the province’s growth plan, provided a vision and established priorities for achieving prescribed growth targets, while also recommending new Official Plan policies and performance standards for the zoning bylaw that would facilitate the type of development envisioned for the intensification areas.

Intensification has been in the works for some time in Barrie, but residents may only now be getting a glimpse of what it look like.