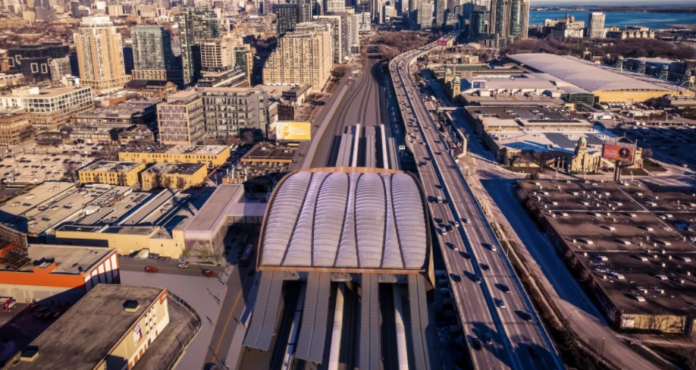 Construction is underway on a new subway project that will cut through the centre of downtown Toronto.

At a ground-breaking ceremony on the weekend, Premier Doug Ford said the 15.6-kilometre subway line will have 15 stops and provide relief from overcrowding on existing transit.

“For decades, governments of every stripe have been talking about the need for new subways in the GTA. They’ve been studying it forever. There have been endless reports, endless committees, but finally, we’re the government that got it done,” Ford said at the site of the future Exhibition station. 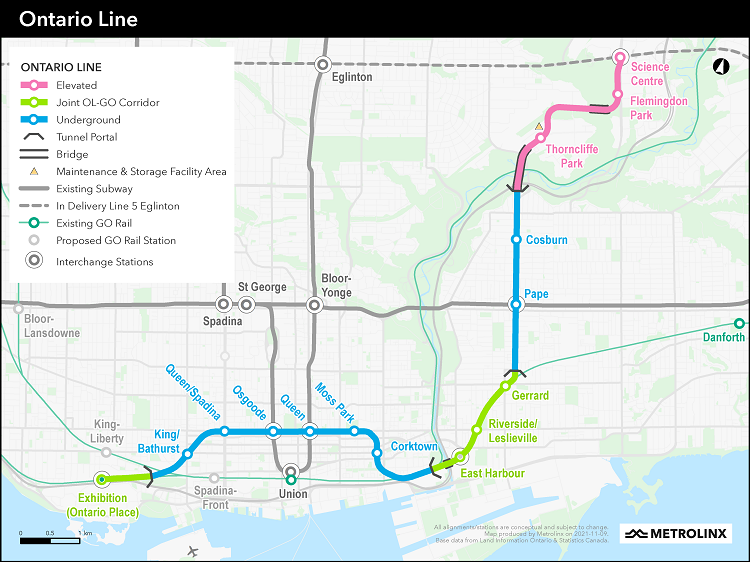 Ford first announced the plan for Ontario Line in 2019 and he says it will be “an absolute game changer for the city and we’re moving forward without delay.”

The new subway will run from Ontario Place south of Exhibition Place through the downtown core to the Ontario Science Centre in North York. It will connect with 40 other transit routes, including GO train lines, TTC subway and streetcar stops and a new east-west light rail line, the Eglinton Crosstown, that is currently being built.

In addition to the three main P3 contracts, there are a series of early works projects for bridge, track and other preparatory activities to help advance the delivery of the Ontario Line. Early works will occur along the joint rail corridor where the Ontario Line will operate next to existing GO Transit rail services. These contracts will be procured traditionally by Metrolinx and Infrastructure Ontario.

By using a mix of surface, elevated and underground tracks, the Ontario Line will bring more transit to more in-need communities sooner than previously planned.

Limiting the amount of tunneling and excavation needed for the project reduces its complexity and construction time. This will be accomplished by building within sections of existing Metrolinx-owned GO rail corridors in the western (Exhibition) and eastern (East Harbour to Gerrard) segments of the line.

The northern segment of the line will run along elevated tracks where roadways are generally wider there than in other parts of the city and can accommodate the infrastructure.

The subway line is expected to be up and running by 2030, but Metrolinx CEO Phil Verster could not say exactly when the project will be completed.

“It really is about what the market can deliver,” he said.