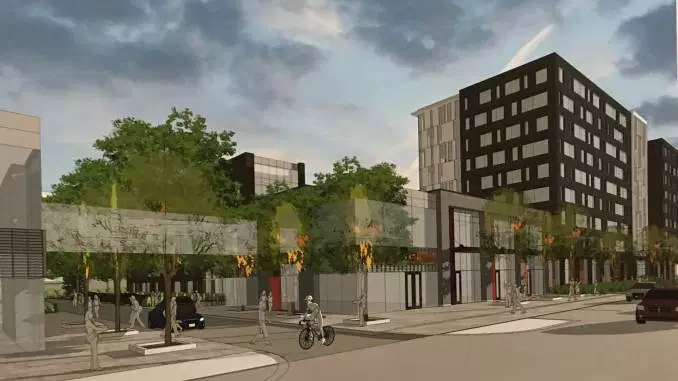 For the largest of the agreements, the city will repay Kanata Land Owners as much as $11.74 million to design and build a sanitary sewer on March Road and Shirley’s Brooke Drive on the city’s western side

Under another agreement, Tamarack Homes and Mattamy Homes will pay up front to modify the intersection at Cambrian Road and Apolune Way, with the City repaying up to $971,600.

Council also approved last Wednesday a zoning amendment to permit a mixed-use development on Brookfield Road, between Riverside and Flannery drives. The buildings would be nine storeys along the east and west sides of the property, lowering to six storeys along the rear of the site. Together, they promise 832 residential units, with commercial space on the ground floor.

Within the Greystone Village Subdivision, Council approved Official Plan and zoning to permit a nine-storey, 120-unit building south of Oblats Avenue, just east of Main Street. The amendment clarifies that heights between three and nine storeys are permitted in areas, such as this, designated for mixed-use, medium-rise buildings.

On Hamilton Avenue, facing the Parkdale Market, Council approved Official Plan and zoning amendments to permit a building that will have 75 dwellings with ground-floor commercial space. The change increases the permitted height to eight storeys.