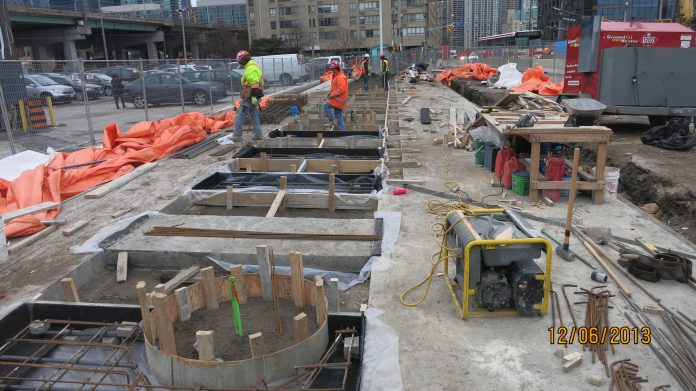 Will Toronto City Council go along with a staff recommendation that the city relinquish its status as a construction employer, resulting in an end to the construction union-only bidding requirements for city works projects?

The answer is unclear – in part because councillors at June 6 executive committee meeting decided not to make a recommendation, following hours of hearings where the city heard from delegations representing trade unions, open shop supporters and alternative union organizations such as the Christian Labour Association of Canada.

“There aren’t any simple answers to this,” Mayor John Tory said after the committee decided to ask city staff to research some issues to help the full city council make its decision.  “I am going to propose that we forward the item to city council without recommendation but that we take advantage of the time between now and then to ask our city manager and our city staff to do a number of additional pieces of work that might help us get closer to an answer that makes sense.”

Union/non-union contract volumes issued by the City of Toronto

The next city council meeting is scheduled for June 19.

In a May 29 memo to the executive committee, city manager Chris Murray recommended that the city “do nothing” about opting out of the provisions in Bill 66, which would end the city’s status as a “construction employer” under the Ontario Labour Relations Act.

As a construction employer, the city along with other agencies subject to collective bargaining agreements with construction trade unions, is restricted from doing business with non-union contractors. Bill 66 allows municipalities to opt out of the legislation, meaning they could elect to remain “construction employers” if they wish, as long as they make the election by July 3.

Murray noted in his memo that the city is bound to nine province-wide collective agreements in the Industrial, Commercial and Institutional (ICI) construction industry sectors.

In his report, he wrote that the city issued $1.8 billion of construction contracts in 2018, of which $616 million were in the ICI sector.

He provided a chart outlining the number of contracts and how many were awarded to union and non-union contracts in each sector.

However, he concluded that it is unclear how much increased competition there will be and “consequently it is not possible to determine with any certainty what, if any savings will result.”

He also observed that there could be negative equity impact for social initiatives through community benefits work, and there could be a decrease in work quality.

“To mitigate possible equity impacts, should the city decide to become a non-construction employer, it would be critically important that council reaffirm its continued support for the Fair Wage Policy and the city’s continued commitment to partnering with unions on workforce development and community benefits programs. The city may also need to identify or develop alternative models to ensure the continued success of workforce development.”

Murray reported that the decision one way or another would be irreversible. If the status quo continues, the city would need to continue to work with employers contracted with unions representing the plumbing, painting, glazing, bricklaying, sheet metal, asbestos and ironworkers trades.  If the city opts out, it could not return to the construction employer status later

“Although initially there will likely be substantial uncertainty and also protracted litigation related to the legislation and perhaps council’s decision to become a non-construction employer, based on the information currently available, staff determined that, on balance and in the long run, it is in the city’s best interest to take no action and become a non-construction employer,” he wrote.

“In reaching the conclusion, a paramount consideration is the existence of the Fair Wage Policy which ensures that workers will be paid fairly. In choosing to become a non-construction employer, it will be important for council to reaffirm its continued support for the Fair Wage policy and the city’s continued commitment to partnering with unions on workforce development and community benefits programs.”

Executive committee members appear to have been swayed by construction union proponents, which included representatives of the Carpenters Union Local 27, led by president Mike Yorke.

In his presentation, Yorke said that changing the status quo would create significant uncertainty “We don’t know what can happen if you choose to not opt out of Bill 66,” he said. “A lot of things are fully up in the air, driving concerns from individuals and the union.”