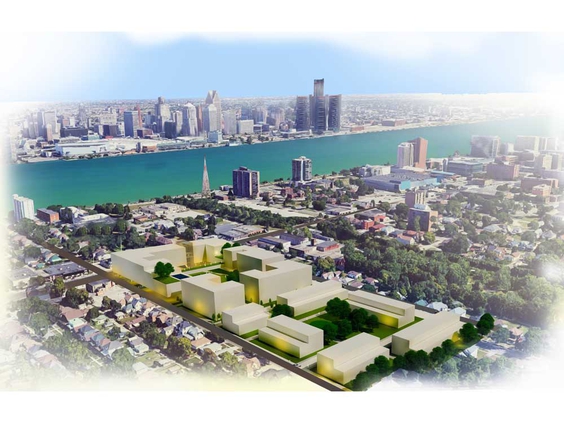 Windsor City Council has unanimously approved Ohio-based Fairmount Properties as the successful developer to plan and design a mixed-use project on the site of the former Grace Hospital.

The Expression of Interest (EOI) was issued in May 2019. According to a news release from the city, the Fairmount Properties project team plans to transform the six-acre property into a “vibrant mixed-use International Village” with residential, retail, dining, office and open space.

“It is a tremendous honour to be selected by the City of Windsor in its efforts to create a walkable, architecturally significant mixed-use destination that will combine world-class 21st Century housing options with relevant national, regional, and local retailers; culturally diverse markets; and high quality restaurants,” said Randy Ruttenberg, principal at Fairmount Properties. “We understand the significance of the faith and trust placed in us and are fully prepared to bring Windsor’s vision to reality.”

The consortium includes Windsor-area firms Architecttura and Oscar Construction Company Limited. Ownership of the site will be transferred from the city to Fairmount Properties.
Ruttenberg said he hopes the village will act as a catalyst for further development on University Avenue West. Work could begin this year.

In a second press release, the city said a proposal submitted by Hôtel-Dieu Grace Healthcare and Amico Properties Inc. “provided impeccable detail and thoughtful vision, which Windsor City Council wanted also to bring to life.” Council has directed staff to “work with this development group to determine if an alternative site within the City of Windsor would be acceptable and appropriate.”

In seeking another suitable location for their development vision, the city and Hôtel-Dieu Grace Healthcare acknowledge the potential changing regulatory landscape resulting from the provincial long-term care home review, the release said.

City Council will need to review and approve an updated proposal after the conclusion of bilateral discussions between Hôtel-Dieu Grace Health Care and City Administration.

“All of the proposals submitted were thoughtful and robust,” said Windsor Mayor Drew Dilkins. “Obviously, City Council chose Fairmont Properties for the Grace site, but we also wanted to work with Hôtel-Dieu Grace Healthcare to see if a pathway exists to realize their vision elsewhere in the City of Windsor.”

The mayor said the competitive process gave council a glimpse of the kind of community renewal that is “just around the corner.”

As for the Grace site, Fairmount Properties will be consulting with community stakeholders on specific project design features to ensure that the views of area residents are reflected in the final site plan.

“While the City of Windsor received multiple qualified and dynamic proposals, the vision presented by Fairmount Properties most clearly aligned with our goals,” Dilkins said.

“Importantly, in selecting Fairmount Properties, the City of Windsor is welcoming a new market participant, and we hope that they continue to find development opportunities in our region.”

Dan Amicone, lead design principal at Architecttura says the plan “makes the best use of the site . . . creates the greatest pedestrian scale and amenities for its residents, and can be achievable in a single phase.”